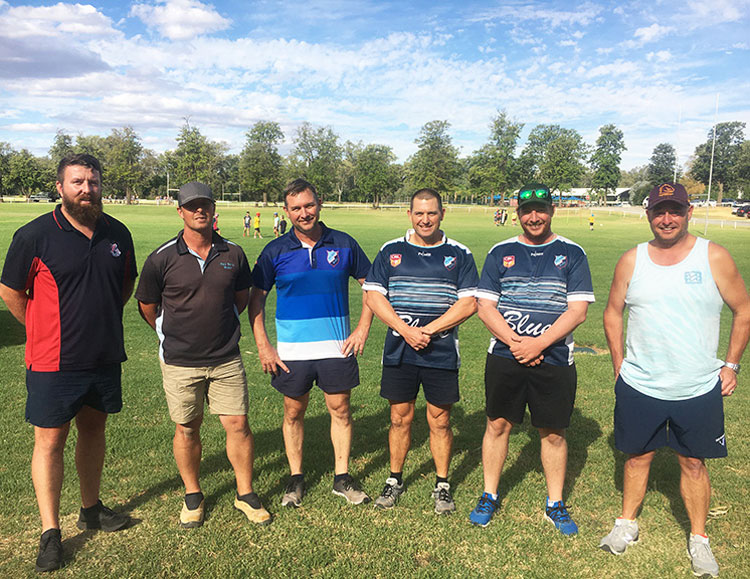 Red Bend along with Forbes Magpies will be co-hosting a rugby league carnival on April 24 between Red Bend fields and Spooner’s Oval.

In a real plus, organisers are getting plenty of registrations for older divisions but seek anyone especially U10s to U16s who wants to try league in a non-competitive, fun environment.

Colum Hopkins (3rd from left), President of Red Bend Junior Rugby League said nominations had come from as far as Cobar with others throughout the Central West also registering.

“We encourage anyone from all ages to come on April 24. There’s no obligation to play on and our emphasis is on having fun,” said Mr Hopkins.

“This day wouldn’t be possible without our co-hosts Forbes Magpies and sponsors who are all committed to developing rugby league in our region.

“The carnival is also a tremendous opportunity to try something new, keep fit and meet new people while existing players get a chance to have a hit out before the season starts next week.”

More info can be obtained from the Play Rugby League website or the Red Bend College Facebook page. All U8’s wanting to play this season are encouraged to register.