You are here: Home / Articles / Recognising Our Sporting Heroes 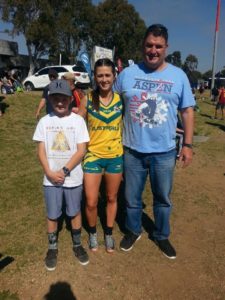 The Forbes Sportsperson of the Year Association (SOYA) are delighted with the quality of the nominations they have received for the 2017 awards with the Annual Presentation Dinner to be held on Saturday, 24th February at the Forbes Golf and Sportsman’s Hotel commencing at 6.30pm.

The Forbes SOYA is a small, yet hard working committee dedicated to recognising and celebrating the accomplishments of local sports men and women as well as administrators and officials. Sport is an important part of life and the awards are an opportunity to pay tribute to the athletes who excel in their chosen sport. Also, to thank and show appreciation to the many volunteers who give their time to ensure that children and adults of all ages have access to some of the best sporting facilities and competitions in New South Wales.

The awards being contested include the Junior and Senior Sportsperson, All Rounder, Coach/Trainer, Referee/Umpire/ Official, Administrator, Team and of course the Forbes Sportsperson and Runner Up for 2017. The overall winner of the Central West Credit Union Monthly Achievers Award will also be announced on the night along with the President’s Award, Phillip Adams Encouragement Award, Merit Awards, School and Special Sports Awards. The calibre of the nominations received for all the awards was of a very high standard making the job of the independent judging panel extremely difficult.

This year our special guest is Alana Andrews, Australian League Tag player. Alana has a local connection and is the daughter of well-known local man, Adam Andrews. Alana was excited to be asked to be part of the presentation dinner and is looking forward to sharing her experiences representing Queensland and Australia for Oz Tag and League Tag.

The SOYA Awards would not be possible without the generous support of local businesses, allowing Forbes to be one of the last country towns in New South Wales who host a separate sporting awards ceremony.

Tickets are available from Hello World Travel and include a delicious two course meal. To assist with catering, all tickets need to be purchased by 5.00pm Friday, 16th February.

Congratulations to all nominees and the SOYA committee look forward to seeing them, their families and the nominated sporting organisations when the 2017 winners are announced.