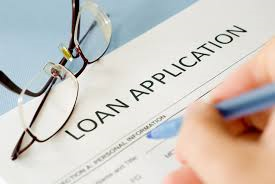 Minister for Agriculture, David Littleproud has congratulated Rabobank for offering a Farm Management Deposit (FMD) offset to their customers.

This means farmers who bank with Rabobank, which has the second biggest slice of the farm lending market after NAB, will now be able to use the money in their FMD to offset interest on their loans. Farmers can put pre-tax income into the FMD during good years and pull it out during bad years, choosing to pay tax on it then.

David pushed the issue of FMD offsets during his drought round table in July. NAB and CBA have since announced they’ll give farmers FMD offsets. Rabobank had initially ruled out the idea of offering farmers an FMD offset product but last weekend announced it would give farmers that option. Only Westpac and ANZ have failed to come to the party.

“I congratulate Rabobank for doing the right thing,” said David.

“I’m glad the bank was big enough to change their mind. Australia’s farmers will be better off for it.”

“Rabobank is a foreign-owned bank showing the way for Westpac and ANZ. I hope Westpac and ANZ show they care for Australian farmers very soon, because their donations to drought causes are too small to be calculated as a percentage of their multi-billion dollar profit. What would really make a difference to our farmers is an FMD offset product.”

Australian farmers have more than $6 billion in FMD’s, so if all banks offer FMD offsets on farm loans, this could save farmers $240 million a year.