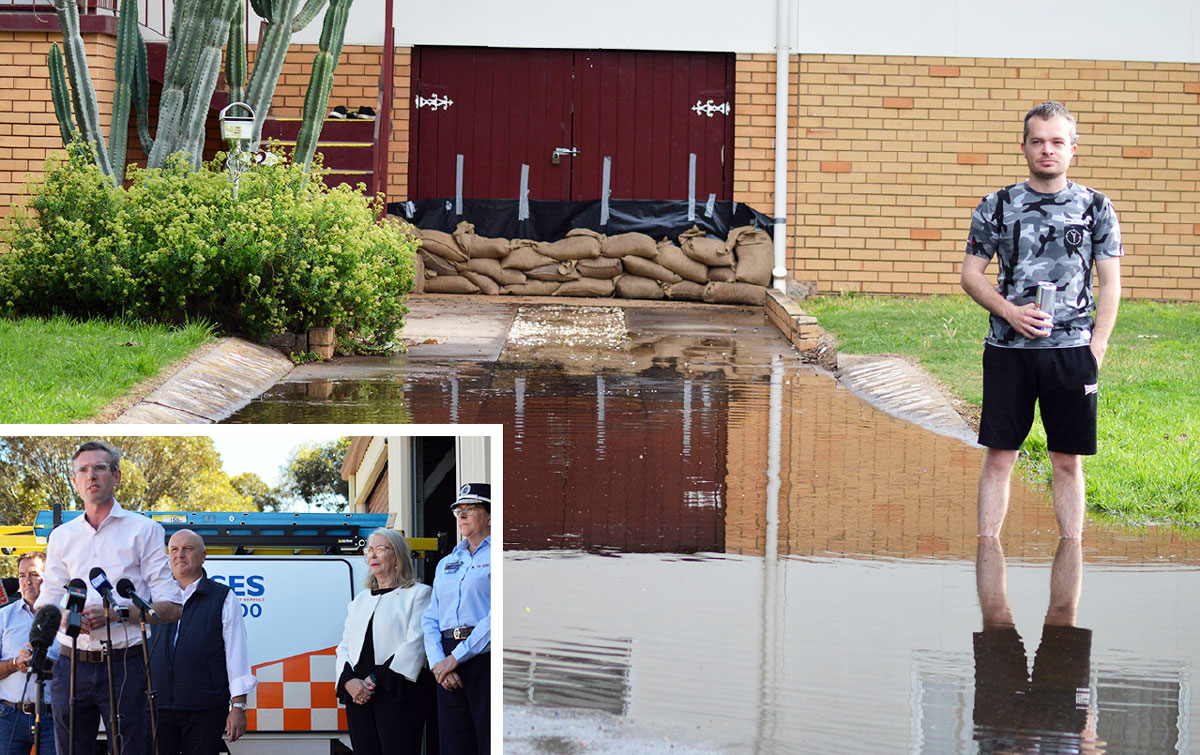 NO ANSWERS: Jake Griffiths, like many others in low lying areas, was flooded in ankle deep water most of last week and is hopeful it will be the last; INSET: NSW Premier Dom Perrottet with Paul Toole (left) and Phyllis Miller OAM.

It was the elephant in the room last week when NSW Premier Dominic Perrottet and Deputy Paul Toole flew into Forbes for a whirlwind visit to inspect the flood damage.

The big question that everyone wanted an answer to, that the Premier wouldn’t be drawn on, was – When will the Wyangala Dam Wall Project extension be complete?

Three major floods in the past nine years are prompting many to ask why its taking so long to make a decision about raising the wall.

While all leaders on deck praised the SES volunteers (and rightly so), culminating in a barbeque lunch in Victoria Park, for many residents, the lack of a time frame for such a vital piece of infrastructure needs

to be addressed. Some have experienced horrendous flooding and are still recovering from 2016.

The lack of explanation is at odds with Perrottet’s federal colleagues, especially Michael McCormack, who has been extremely vocal in his push for the wall.

For local Jake Griffiths, the water flooded the whole bottom of his rental property. He has only been in his Browne Street residence since 2017 but was amazed at just how much water made its way into his yard.

“It was ankle deep in our garage and the ground level rooms,” he said.

“We are lucky it didn’t impact us like so many others,” Jake said.