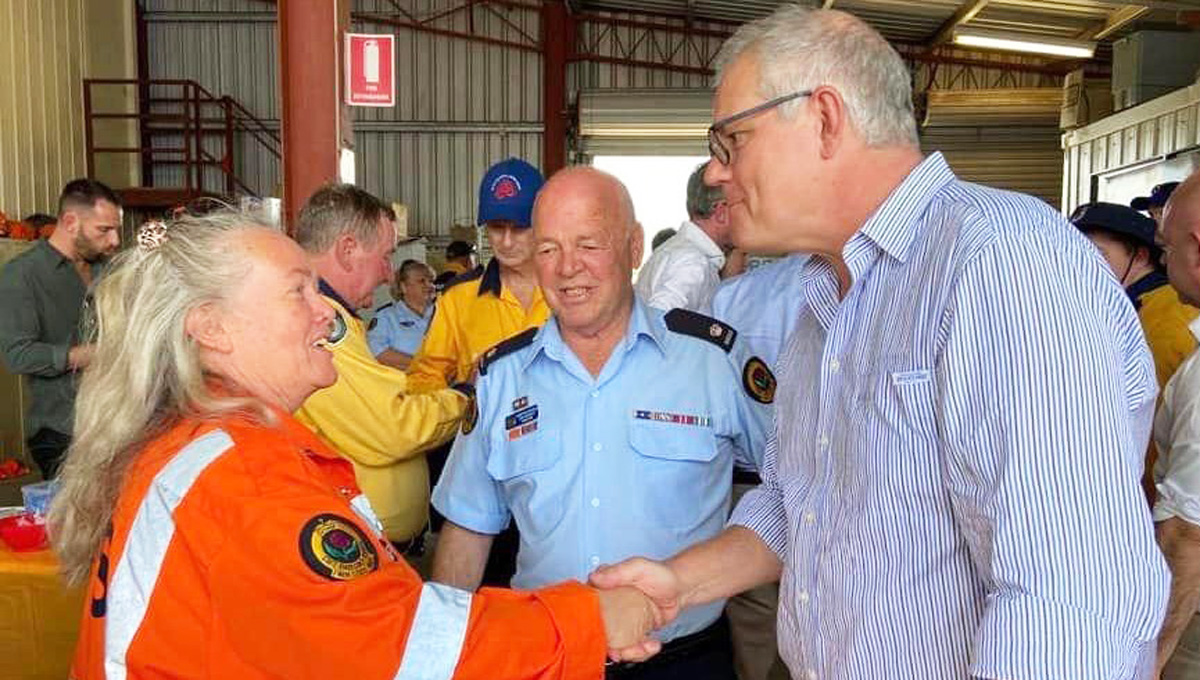 Prime Minister Scott Morrison, NSW Premier Dominic Perrottet and Federal Member for Riverina Michael McCormack, surreptitiously dropped into Forbes last Sunday afternoon for a barbecue lunch and to thank NSW and Lachlan SES, RFS and other volunteers for their recent efforts during the floods.

The trio then took flight and visited Bedgerabong farmer Scott Darcy, before jettisoning back to the Forbes SES headquarters to formally thank everyone. Led by the Prime Minister, all three served food to the swell of volunteers, wishing each the best for the festive season and new year.

With media in tow, the group posed for photos with volunteers before also getting a run down by Forbes SES Commander Roc Walshaw. The Forbes LGA has so far

While no announcements were made about flood mitigation, water use and the raising of the Wyangala Dam wall, the Prime Minister did take the opportunity to promote the Therapeutic Drugs Administrations (TPA) approval of Pfizer vaccinations for children between the ages of five and eleven being rolled out in 2022.

Having also stopped in at the Bathurst 1000, Mr Morrison was also asked whether he was already in election mode as he tries to climb back in the polls.