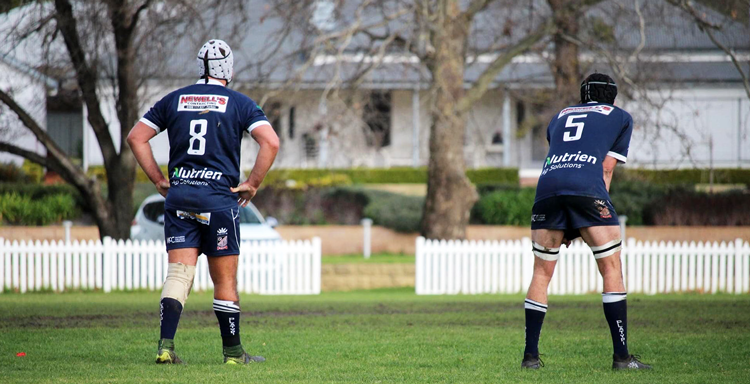 CRUNCH TIME: The Forbes Platypi First XV will take on third placed Bathurst Bulldogs this weekend in Bathurst in a bid to stay alive in the Blowes Menswear Central West Rugby Championship.

For those who attended the Ronald McDonald House Orange fundraiser at Grinstead Oval in Forbes last Saturday, they would have been given a preview of semi-final football come early when the Forbes Platypi XV held on to beat the Dubbo Kangaroos 29-26 in front of a parochial local crowd in what was their last home game for the season.

Despite the difficult task of now having to win the Blowes Menswear Central West Rugby Championship on the road this sea-son – a feat not beyond the Platypi, it was also the ideal tune up for what lies ahead this weekend when fourth placed Forbes – who finished with a record of seven wins, seven losses and a draw and a neat 0 points differential, take on the Bathurst Bulldogs in Bathurst in a winner-takes-all minor semi-final.

Cowra will host Orange Emus in the major semi after beating them last week 23-12 at home. The winner will progress to a home grand final while the loser will play the winner of Bathurst v Forbes.

Seconds meanwhile will have an off season to ponder where it all went wrong after their year wound up with a fifth placed finish. Despite glimpses of brilliance, the COVID pandemic, a lack of continuity and squad changes made season 2021 a trying one indeed but one the club can still build on.

In brighter news Forbes Junior Rugby Club were confirmed as Central West Junior Rugby Champions for 2021 and hosted the semi-finals over the weekend for Under 12s through to Under 16s. It has been a massive effort from the club.

With the end of season here mark it down in your calendars, the Forbes Rugby Union Club will also hold it’s presentation night on September 3 with more information available closer to the date.