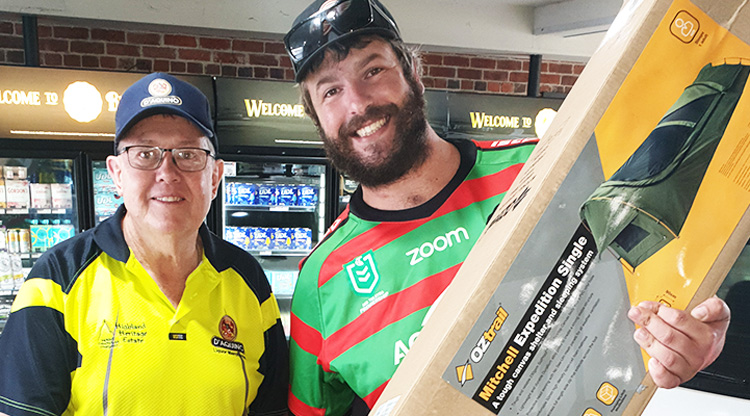 Conversations about having an alternate way to get home rather than driving after a few drinks, have been occurring in pubs, clubs and bottle shops across the Western Region of NSW for the past two months, as part of the annual Plan B Win a Swag promotion.

Licensed venues joined forces with local councils and Transport for NSW, to run the promotion which offers patrons the chance to win a swag valued at $250 by nominating what their Plan B to get home was.

The promotion was operational in 56 local venues across the Parkes, Forbes and Lachlan Shire Councils areas during December 2021 and January 2022. These venues joined more than 300 from across the region.

Parkes, Forbes and Lachlan Shire Councils’ Road Safety and Injury Prevention Officer, Melanie Suitor, said the feedback from venues and patrons has been very positive. “Congratulations to all of the winners,” said Melanie, which included Forbes Debbie Brown.

“The swags are definitely an attractive prize (being a Plan B themselves), but what’s great is that people were having conversations about how to get home and thinking about separating drinking from driving.”

Pat Lenehan from the Forbes Golf and Sportsmans Hotel echoed Ms Suitor’s comments. “This promotion is great as it raises awareness and starts a conversation. I love the weird and wonderful answers some people come up with,” Mr Lenehan said. The promotion will be back this December.