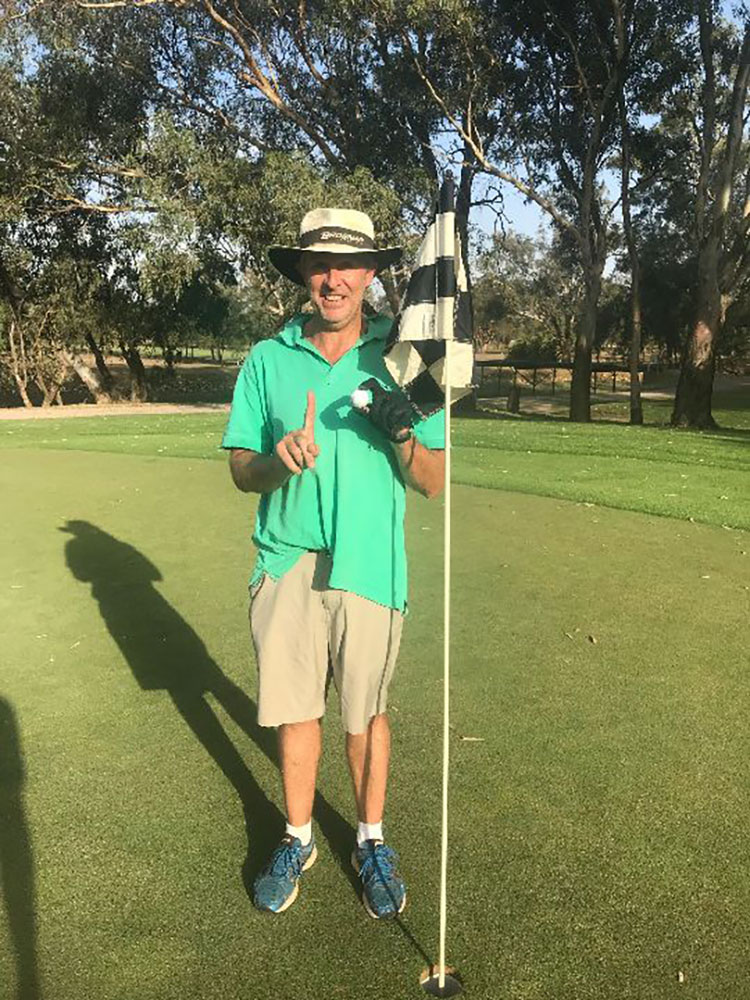 Hamish Steele-Park with his Hole-in-One ball on the 9th, scored during his Summer Sixes round.

Peter Grayson scored the perfect shot during the Individual Stableford competition, sponsored by Forbes Bus Lines, on Saturday 25th January. His ace was on the 9th hole, and only the second in his golfing life, but the first on home soil. He was congratulated by 70 players on the field.

The Division 1 winner was Todd Callaghan, who was in hot form and scored 45 points from a scratch score of 69. His 34-35 split included birdies on the back-to-back 6th and 7th holes.

Runner-up in Division 1 was Rob Webb with 44 points. He played early, enjoying cooler conditions, doing especially well on the back 9 with 24 points.

The Division 2 also scored well, with Matt Duff winning on 42 points, which included a wipe on the 7th hole.

The runner-up on 41 points was Matt Roylance who was consistent in scoring 2’s and 3’s but no wipes or 4 pointers.

Another player in good form was Andrew Grierson. He was 2-over after the front-9 and remained so until he stumbled at the end with double-bogey, bogey, to finish 5-over for the round. What a cruel game it is.

Saturday, 1 February is the Monthly Medal, sponsored by the ‘Roadies Group’ of club members. Sunday, 2 February is a Stableford Medley, and the first round of the CWDGA Pennants.

Keep up to date on the Forbes Golf facebook page: www.facebook.com/forbesgolf-course/