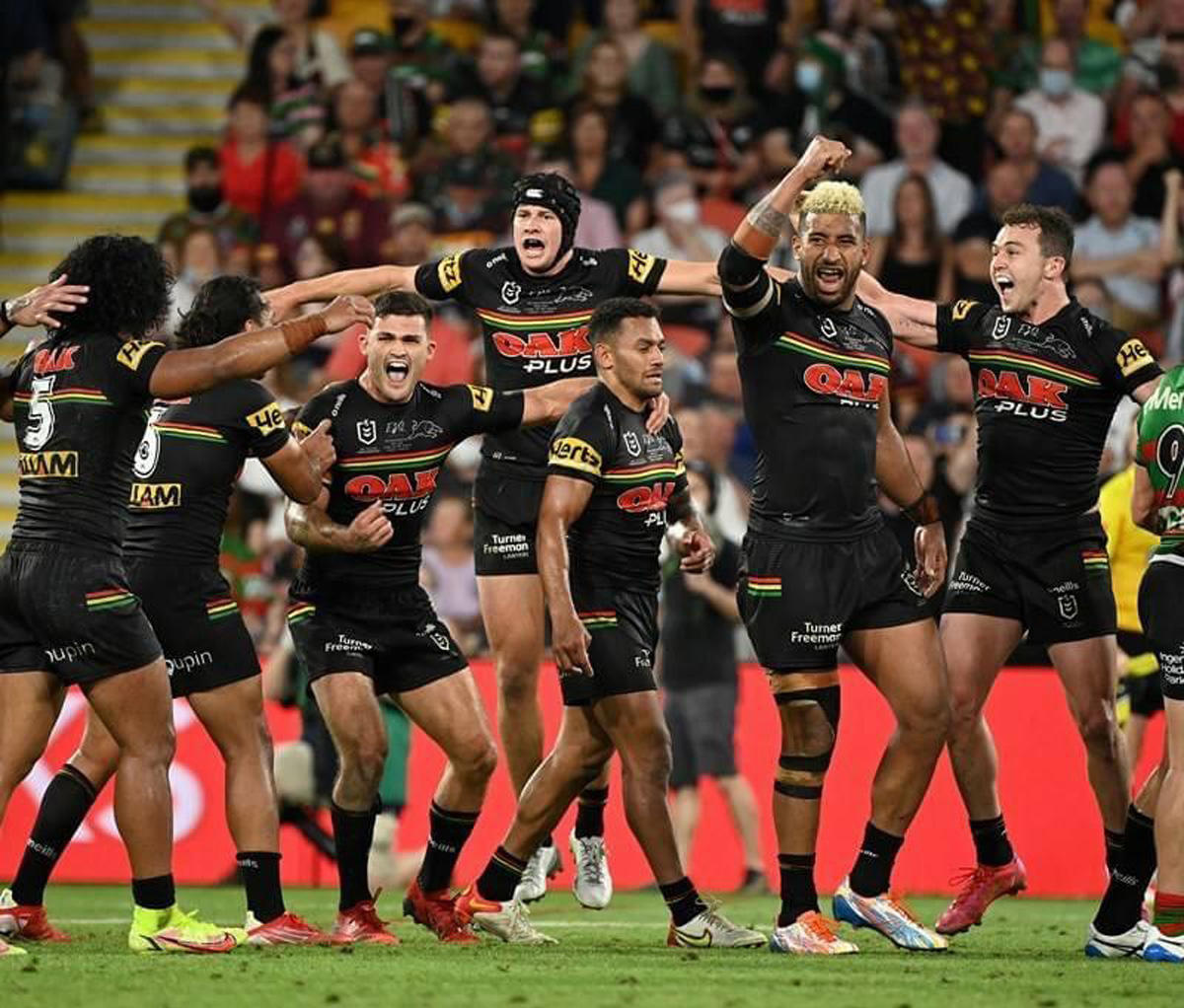 It was the grand final no one expected but the finale we all deserved and will be talking about for a very long time after the Penrith Panthers outlasted the South Sydney Rabbitohs 14-12 at Suncorp Stadium in Brisbane – the first grand final outside of Sydney.

While Forbes Charlie Staines never made the match day 17, the Magpies prospect was cheering from the sidelines and like most, would’ve been beside himself as his teammates looked to take Penrith’s third title in 54 years. Ironically, it was also 30 years to the day that another well-known Central West prospect, Gooloogong boy, Royce Simmons, won Panthers’ inaugural title in 1991 over a star-studded Canberra Raiders side. Simmons has been credited by many all week with providing the incentive to help the young Penrith side bounce back from their 2020 grand final defeat to Melbourne.

After Dubbo CYMS Matt Burton’s open-ing four pointer was cancelled out by Cody Walker, both teams were locked in a war of attrition until Walker through a speculator that Stephen Crichton latched onto to give Panthers a valuable lead with time expiring. An Alex Johnston try gave Souths hope but departing star Adam Reynolds kick shaved the uprights.

As both teams scrambled to win the game in the closing stages, inevitably it was the championship defence of Penrith that proved the difference. For two years they have only conceded 12 points or less a game and on Sunday they also dominated territory and possession against a plucky Souths side. It was enough to give Penrith a narrow win and cement the NRL’s youngest side as the best in 2021.