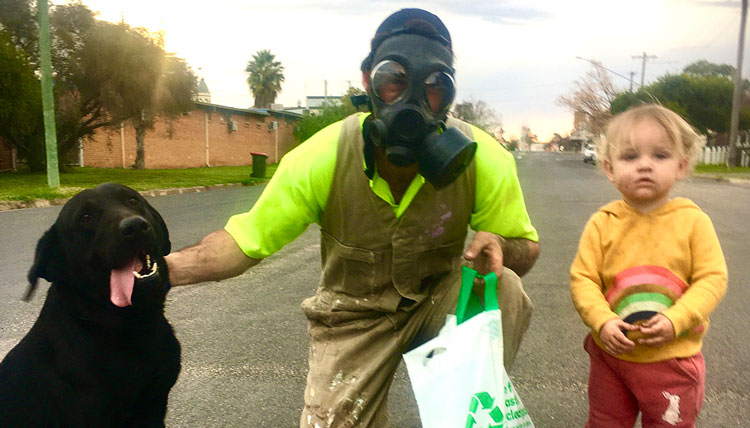 As cases across NSW start inching towards a thousand a day and the number of those infected in Western NSW also grows to near 400 including known COVID cases now in Parkes, Forbes, COVID-free for now, is looking more like an island surrounded by infection. Bunnings remains a venue of concern.

The burgeoning numbers prompted a swift response from the Berejiklian NSW Liberal Government who not only extended lockdown until this weekend – with the potential of further extensions – also tighter restrictions such as mandatory mask wearing for all adults outdoors and permits to travel into regional NSW from Greater Sydney. It is the latest in an extension to police powers given to the men in blue by the Berejiklian lead Coalition.

Mask wearing is now required outside at all times and fines will be applied to those disobeying public health orders, police said.

For local man Benjamin Parslow, shopping has never been the same. “What used to take a few minutes now takes a bit longer,” Mr Parslow said. It’s a little surreal – especially walking into banks and service stations with a mask on,” he said. “It is what it is.”