You are here: Home / Features / One In Five Suffer From Pollen Allergy 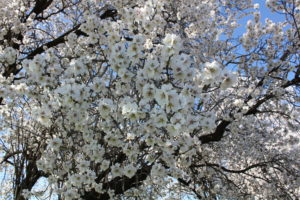 Pollen from grasses, weeds or trees can trigger symptoms of allergic rhinitis (hay fever) and asthma. Pollen seasons can last for several months and exposure is difficult to avoid. Pollen grains can be spread by birds, bees or wind, with airborne pollen causing most allergies.

Allergic rhinitis symptoms are the body’s immune response to inhaled pollen, resulting in chronic inflammation of the eyes and nasal passages. Symptoms include runny, itchy and congested nose; irritable, itchy, watery and red eyes; and itchy ears, throat and palate. Allergic rhinitis affects around 1 in 5 people in Australia and can lead to frequent sinus infections.

Pollination times vary with the plant variety and its location. For example, trees pollinate in late winter and early spring. Grasses flower next, and the weed ‘Plantain’ flowers from August to May.

White Cypress (Murray) Pine is the only Australian tree that produces highly allergenic pollen. Its growth extends from the western slopes and plains of Eastern Australia to Western Australia, and it flowers from late July to the end of August.

Many species of Casuarina produce pollen throughout the year and may cause allergic rhinitis symptoms at any time.

Tips for reducing pollen exposure
• Stay indoors until after midday, if possible.
• Try to avoid going out on windy days or after thunderstorms.
• Wear sunglasses to protect your eyes.
• Do not mow the grass and stay inside when it is being mown.
• Consider planting a low allergen garden around the home.
• Keep windows closed both at home and in your car.
• Do not picnic in parks or in the country during the pollen season.
• Try to plan holidays out of the pollen season or holiday at the seaside.
• Remove weeds or trees outside your bedroom window you are sensitive to.
• Research plants less likely to trigger allergic rhinitis or asthma to plant in your garden.
• Shower when you arrive home and rinse your eyes frequently with water.

Medications or treatments will relieve symptoms, but do not cure allergies.
• Antihistamine tablets or syrups (nonsedating) help to reduce symptoms, but they are not as effective in controlling severe nasal blockage and dribble.
• Intranasal corticosteroid nasal sprays (INCS) have a potent action on inflammation when used regularly.
• Combination medications containing an antihistamine and intranasal corticosteroid nasal spray offer the combined advantages of both medications.
• Decongestant sprays unblock and dry the nose, but should not be used for more than a few days.
• Decongestant tablets unblock and dry the nose, but should be used with caution.
• Natural products such as salt water nasal sprays or douches can be effective in relieving symptoms.