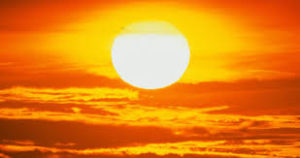 Rainfall below average for much of the State

• It was the driest year for NSW since 2006, with the statewide average rainfall coming in at 18% below average.

• October and December were the only other months with above average rainfall for the State as a whole.

• The State had its driest September since comparable records began in 1900, and the second-driest June to September period.

• The State’s mean maximum temperature was also the warmest on record, 1.87° C above average.

• Maximum temperatures were in the top 10% of years for most of the State, and the warmest on record in parts of the Hunter, Metropolitan, Central Tablelands and Upper Western districts.

• The year began with NSW’s warmest summer on record, followed by the State’s second warmest March.

• The State experienced several bouts of exceptional warmth during the year, including heatwaves in January, February and December, and two warm spells in September that brought record heat across the State.