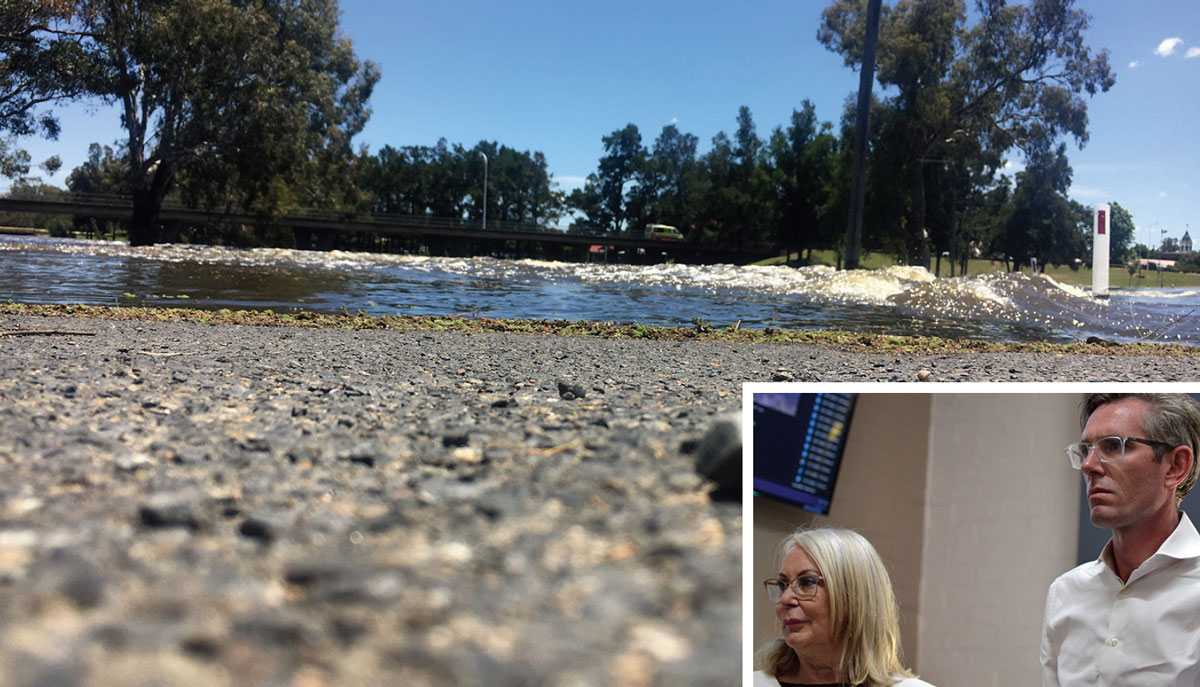 FLOODING: While the water peaked at 10.53m and fell back at the Lachlan River outside Forbes, the 2021 floods along with 2016 still ranks among the worst; INSET: Forbes Mayor Phyllis Miller OAM with NSW Premier Dominic Perrottet at Forbes SES HQ getting the lowdown on the floods.

It may not have been Forbes biggest flood, or even a podium finisher, but the Forbes floods of 2021 will go down as one of the most damaging with financial and social implications to be felt for quite some time.

The timing of the floods in the Lachlan Valley when a bumper winter harvest was expected, and summer crops were already in, couldn’t be worse. With optimism high and NSW emerging from 18 months of lockdowns, now this.

If life were fair, Elvis would still be alive. Some people get all the luck while others couldn’t win a one-man chook raffle.

Country folk seldom complain about fairness despite the third flood this decade, yet calls to extend the Wyangala Dam Wall by 10 metres have grown louder led by Federal Member for Riverina Michael McCormack.

A champion of the bush, McCormack has reminded his state colleagues, Premier Dominic Perrottet and Deputy Premier Paul Toole, about the urgency of the project. Both men visited Forbes recently touring farms and dropped into Forbes SES HQ for an update, before a barbecue for volunteers.

Yet despite all the conversations, the reality for those along the Lachlan is they are still no closer to having an answer on the wall extension. After the multiple hits we’ve had over the last 2 years we deserve a bit of a break – lets hope that the recent visit has got the decision makers seeing things from our perspective.