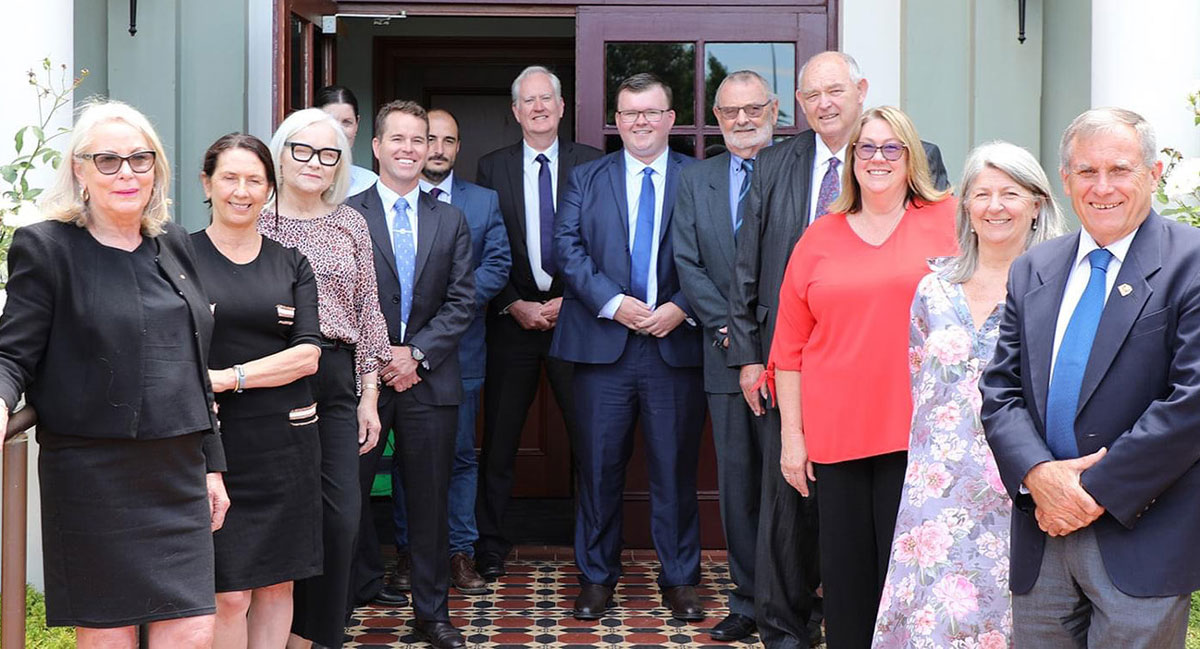 Unfortunately, the rain on Sunday prevented any play for the other semi–final of the Club Triples and also for some social groups. Bowlers should check the notices concerning upcoming events – especially the information about the Club Fours Championships and Mixed Pairs Championships. Wishing all those reading this article a Merry Christmas and a Happy, safe and healthy New Year.

It may have taken five years and then some, but Forbes Shire Council along with most other NSW LGA’s, finally held local government elections and have since sworn in the new council.

Led by Mayor Phyllis Miller, the new look council sees four new representatives – some of which have been elected before and others, for the first time.

A pandemic and subsequent COVID restrictions meant the initial vote couldn’t be conducted in September 2020 or again in September 2021 with a revised COVID-friendly ballot not held until December 4 last year. The disruption meant campaigning for many was difficult as many public engagements were either postponed or cancelled.

With Grant Clifton and Susan Chau not standing, there was always going to be new representatives championing the community for the next three-and-a-half years. Of the remaining seven from the last council, five have been re-elected with only Graeme Miller and Jeff Nicholson missing out along with local businessman Thomas Dwyer and debutant Emma Henderson. Clifton, Chau, Miller and Nicholson have been replaced by Marg Duggan, Aidan Clarke, Brian Mattiske and Maria Willis.

Mayor Phyllis Miller, Deputy Mayor Chris Roylance, Jenny Webb, Michele Herbert and Steve Karaitiana all return for another term with Miller enjoying over a third of the popular vote. The new council is a nod to the future but also recognition of the outstanding efforts of previous councils and councillors.

As a result of the pandemic and delays with elections, the new term will be a shortened one for this Forbes Shire Council as well as most other NSW LGAs.

Congratulations to our new councillors!