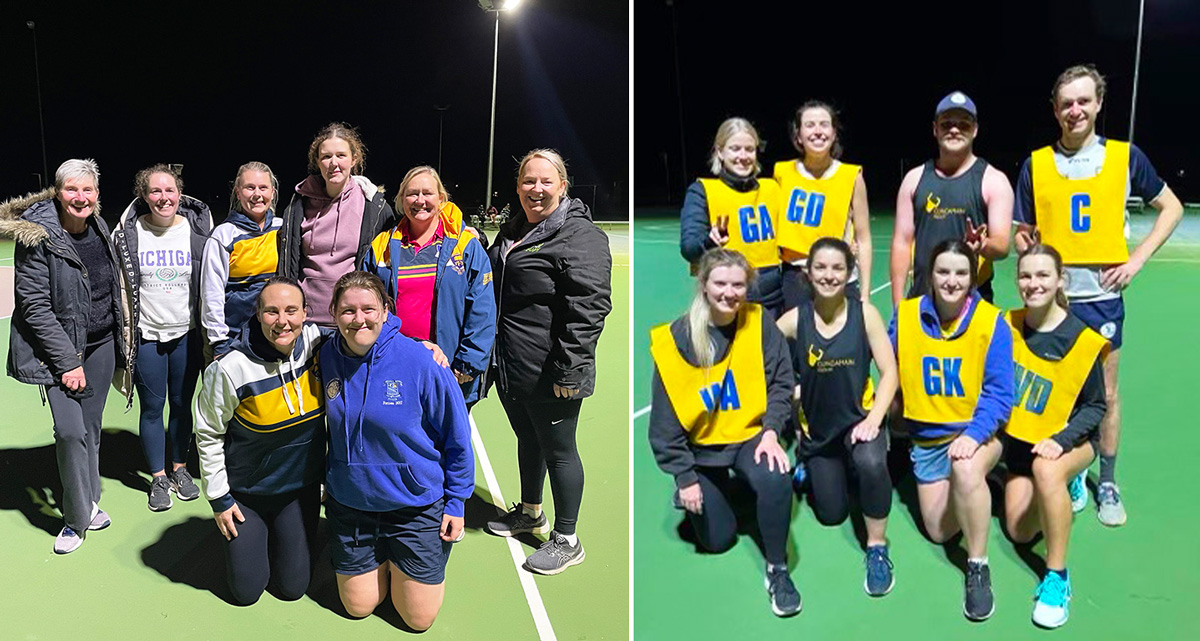 The finals of the Forbes Netball Autumn competitions for both mixed and ladies teams were recently played.

The Mixed competition final was played between minor premiers Gundamain and Late Or Never, with Gundamain taking a strong lead in the first quarter of 15-8, and at the half time break 33-11.

Gundamain was led by Dan Sweeney, who showed his strength all through the court, and Shannon Nash controlling the play.

Late Or Never kept trying throughout, with Molly Fuge and Bailey Cain leading the way for their team.

Alice Lind for Gundamain played strong netball, and the final score was a win to Gundamain 54-20.

Best and fairest player for the mixed competition went to Emily Gartner from Table Tennis.

Chunky Pies continued to increase their lead adding up to 32-11 by three quarter time. Swish Swish Eb Colvin and Issi Brown continued to try to pull the lead back for their team, but the final score was a win to Chunky Pies 40-18.

Best and fairest player went to Laura Greenhill from Minties.

The FNA will be celebrating a very successful winter season with the representative presentations to be held at Club Forbes on Saturday, 6th August. Tickets for the night can be bought online with Club Forbes. The link is on the FNA Facebook page. All players, friends and families are encouraged to attend.