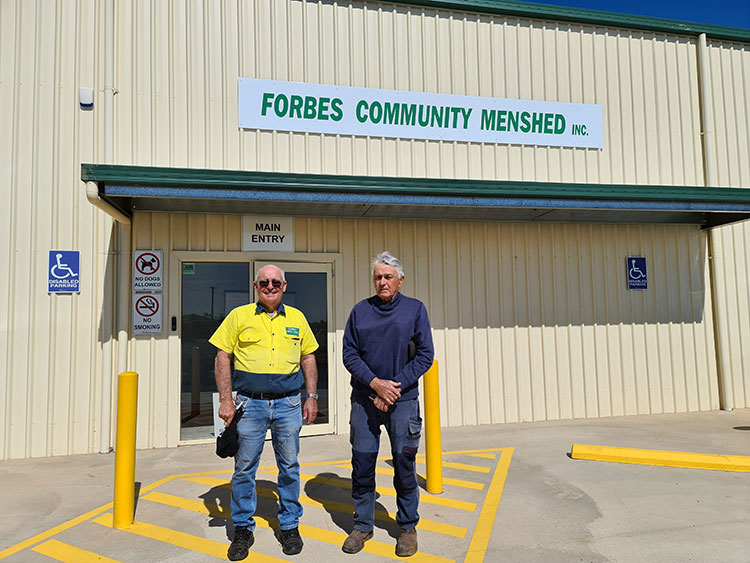 The new Forbes Men’s Shed is in its final stages of completion since its inception in May 2018. Members were able to move into the new shed on Monday, 3 August 2020 however they are still working on improvements for the facility.

The new facility, which is self-sufficient with water and run partially by solar power, can now comfortably host 50 people in their new dining room. Along with workshops, cards, and health programs, the space will also be used for relaxation with a small library in the works.

Since the start, some 13 years ago, membership has steadily grown however, COVID-19 restrictions which limited activities of the organisation saw numbers decrease this year. President Norm Haley predicts numbers will rise again and is also encouraging younger residents of Forbes to join, with the shed accepting members from ages 12 and up. “It’s here for anyone wanting to join,” Norm says.

The new Shed is well equipped to be utilised by its members for a variety of activities. “It’s expanded our foresight for work related jobs, with room to adapt new health programs which will hopefully be an enormous asset to men in Forbes,” said Norm.

The Men’s Shed members are currently working on a number of repair and construction jobs for the Forbes community and are always up for a challenge.

By encouraging mateship and open communication about both physical and mental health, the Men’s Shed is an invaluable community resource.