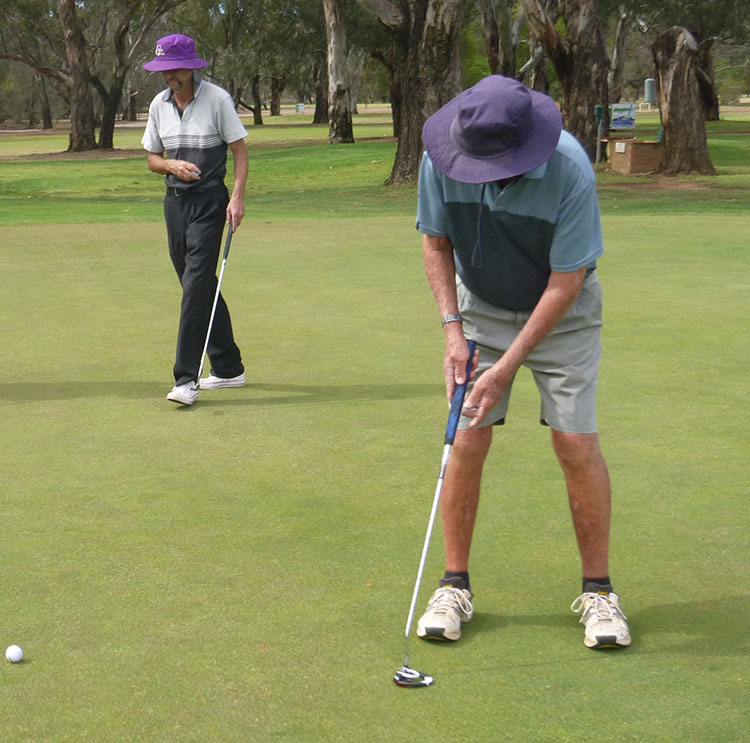 The Men’s golf last weekend was an 18 Hole stroke event, sponsored by Loomzy’s Fish n Fix, that incorporated the Annual Medal of Medallists (MoM). The MoM was contested by 30 players and Dan Bayley won the Honours with nett 65.

The Individual Stroke comp also had good scores. Dan Bayley won the Division 1 comp with his 65 nett, while runner-up was Jacob Bernardi with 67 nett. In Division 2, Graham Newport had his best day for a long time with a nett 65, finishing ahead of Garry Collits on 68 nett.

On Sunday the Annual VW Scramble, a 4-person Ambrose event, was played. However, this year the numbers were well down.

Saturday, 23 November is a 4BBB Med- ley, playing in the Deacon Dwyer Day, and sponsored by Rod Besgrove. Saturday, 30 November is an 18 Hole Stroke, sponsored by Knights Fabrications, with a Stableford Medley on Sunday, 1 December.