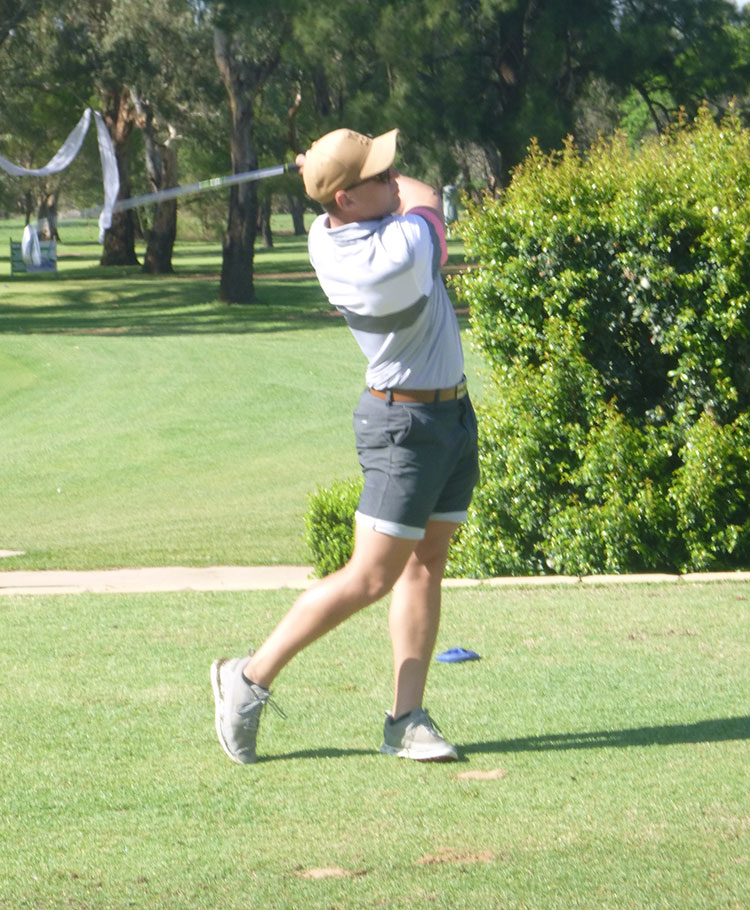 Ethan Gaffney on the first tee.

The Men’s Medal competition on Saturday, sponsored by Michael Robinson & Co, was played by 57 players who all found it quite tough. A-Grade winner was Todd Callaghan with a 73 nett. Runner-up was Peter Dawson with 74, getting there on count back. The B-Grade went to Neil Duncan with a very good nett 72 and runner-up was Barry Parker with 74.

The C-Grade saw many high scores, with the best being Ben Robinson on 73 nett. Runner-up was Ron Morris with a 76, who piped Geoff Betland on count back.

At the Sunday Stableford Medley John Boyle managed a win with 35 points, with runner-up Ethel Coombs on 30 points. There was no ball sweep, while both the NTP’s went to J Boyle.

At the CWDGA Pennants played at Wentworth on Sunday, the Division 1 team needed a win to stay on top, but unfortunately a narrow loss (3-2) to Mudgee in a very tight match has ended their season. The Division 3 team once again scored a 5-0 win, this time over Mudgee. Despite the score it was very tight. Peter Barnes won emphatically (8-7 win), with tight wins to Bob Borger (1-up), Doug Churchill (1-up win) and Brodie Hodges (1-up). Ian Bown was focused in his 2-1 win.

On Saturday, 14th March we have a 4BBB Stableford, sponsored by C&D Floorings. Sunday, 8th March has the Stableford Medley, with the Pennants for Division 3 being played at Duntryleague.