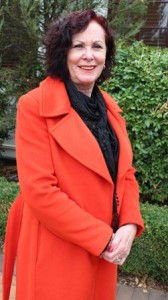 The 2015 Forbes Mayoral election had a controversial outcome on Tuesday night after a procedural issue at a special meeting that was held. The Forbes Shire Council are now awaiting the legal advice that has been sought to clarify
who will be the town’s Mayor. Until then, Cr Phyllis Miller will stay in the position. There were two nominations for the Mayor’s position; Cr Phyllis Miller and Cr Graeme Miller.

Each Councillor received four votes from their fellow councillors, with one vote declared informal when it could not be determined who that particular councillor was voting for. This call was made by returning officer General
Manager Brian Steffen, who gave his view that since there were two candidates with equal votes, the two names would be placed in a hat and the name drawn from the hat would be elected as Mayor.

The Council was not in agreement with the proposition and resolved to hold another vote with the result of Cr Graeme Miller being elected as Mayor. Mr Steffen said the process of holding another vote was queried on the night of the special meeting, and the decision was made to leave the Mayor and Deputy Mayor positions as they were until legal advice can be provided on the matter. The time-frame on the legal advice is unclear.

“I am still waiting for the legal advice and once received, all Councillors will be notified in the first instance to resolve a way forward,” Mr Steffen said.