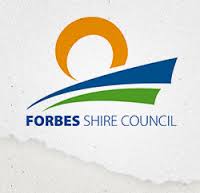 Census night was on Tuesday, 9th August, but don’t panic if you haven’t received your form yet or have not completed it as there is still time left until 21st August as long as it is a reflection of Tuesday night. The last Council session to help community members with their Census will be next Wednesday at the library from 9am to 12pm and 1 to 4pm. If you need any assistance, call Amy or Blake at the Council on 6850 2300.

Council is currently updating its text messaging system as another means of communicating with the community. The messages will include information such as closure of sporting fields, upcoming event notifications, road closures and important information in times of flooding. If you want to be on the text message database, contact Amy on 6850 2361 or email amy.millerd@forbes.nsw.gov.au.

As the Council election is on 10th September this will be my last column due to the rules and regulations of the Office of Local Government. You will be hearing from the General Manager, Danny Green until after the election of the Mayor on 15th September.

I would like to thank everyone for their support during the past four years. Please remember to take voting seriously as Local Government is the government closest to the people. So make sure to vote on the 10th on your way to the Forbes Show, or on your way home.