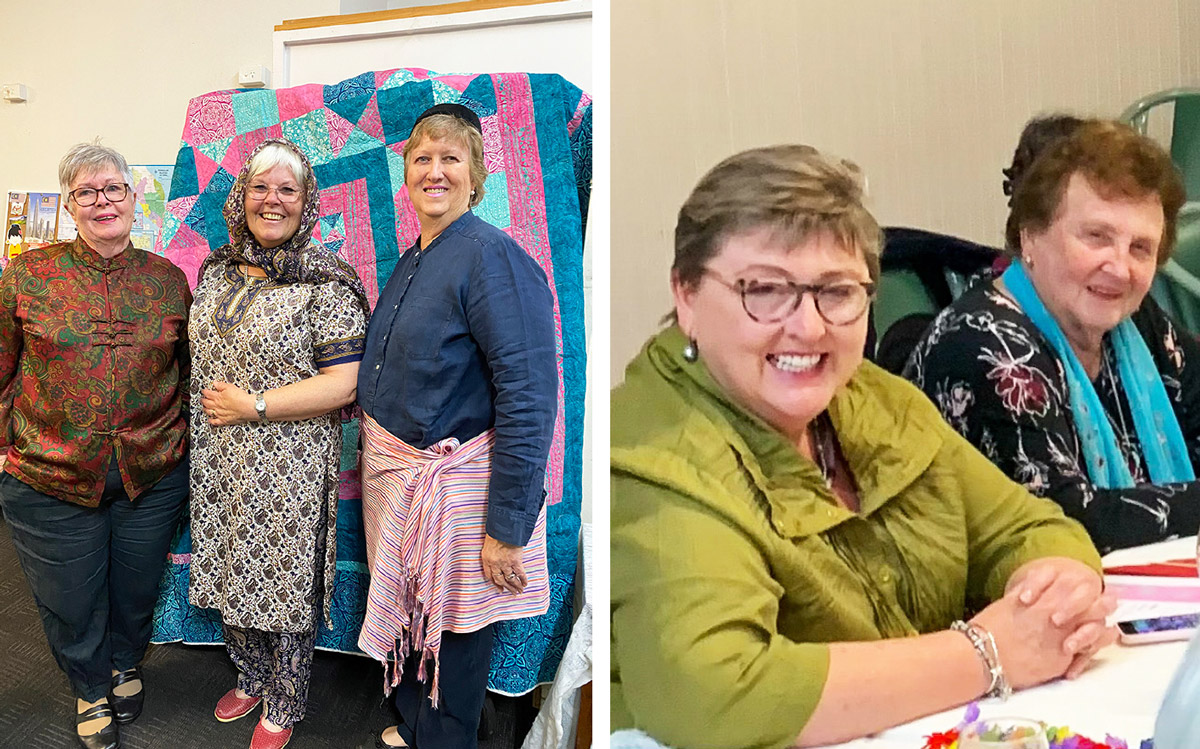 Food not only brings people together, but is also enriching as members of the Forbes CSW Evening Branch experienced at the conclusion of their international study of Malaysia with a traditional meal last week.

Each year the CWA of NSW nominates a country for all its members to focus on and learn about the environment, the people and their customs, the traditional food and clothing, social issues and its government.

Before and after dinner, guests perused a static display on Malaysia, as well as a display of some batik material, a red hibiscus, the Malaysian national flower, and products imported to Australia from Malaysia.

National issues were highlighted including the destruction of rainforests due to clearing for palm oil plantations that is threatening critically endangered species of animals like the orangutan, pygmy elephant and Malaysian tiger, as well as unique plants species such as the Rafflesia, the largest flower in the world. Food and water security, climate change and the disposal of plastic waste, which has increased dramatically since Covid -19, are other issues.

“It was a very enjoyable and insightful night with very interesting information and an unusual way of presenting it. It was good to have people involved,” said President of Forbes CWA Elaine Bright.

Several of our members dressed up in traditional Malaysian costumes.

“The lucky dip idea for guests to choose a fact and read to guests was a great way to get people interacting with each other,” said vice president of the Forbes Evening Branch Karen Wright.

Forbes Evening Branch would like to thank Forbes Sport and Recreation Club for allowing us to host our evening at the club.