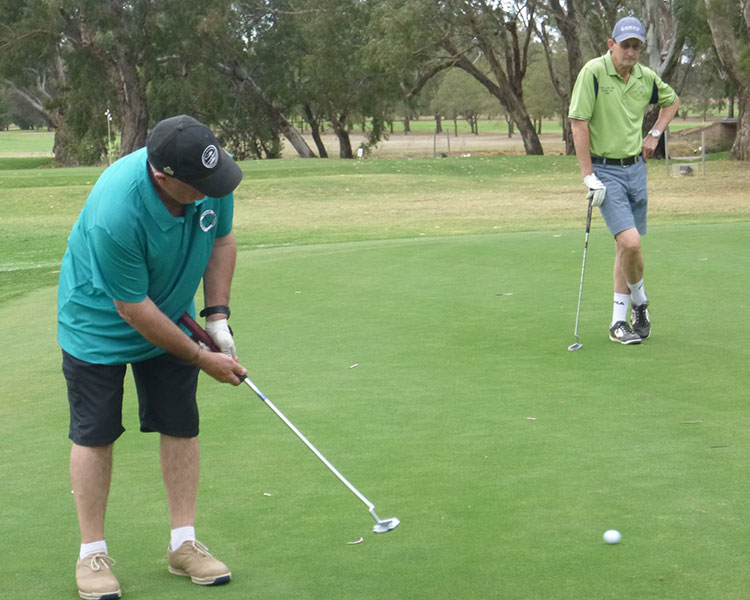 On Saturday, the men’s comp was the October Monthly Medal, sponsored by Forbes Concrete and contested by a field of 64 players.

The NTP’s went to: 9th – S Sallaway; 18th – K Sanderson. The only visitor was Hugh Sykes from SGA Golf Club, an online club which features players from across the country.

The Sunday Stableford Medley was played in windy conditions. Damien Kennedy (35 pts) was the winner with runner up Clint Hurford (32 pts). There was no ball sweep and only one NTP. That went to Ethan Gaffney on the 9th.

Monday’s Stableford Medley saw Ethel Coombs with 35 points as the winner. Runner-up was Kim Herbert on 34 pts and on countback. The ball sweep went to 34, going to Peter Dawson. The NTP’s, sponsored by GWG, went to 9th – B Shields; 18th – K Herbert.

The Club Championships, played over four rounds on Saturday and Sunday for consecutive weekends, begin this week- end. Good luck to all participants and an invitation to supporters to come out and watch the players.

The Summer Sixes comp will soon be up and running. Initially, there are a few weeks of ‘handicapping rounds’. Team nomination forms are available from the Pro Shop.

The VW Scramble previously scheduled for Sunday 29 September has been postponed to Sunday 17 November. Contact Head Pro Ben for more information on this event.

The Forbes Nissan Classic, sponsored by Frank Spice Motors, will be held on the weekend of 9/10 November. Get your name on the timesheet in the Pro Shop be- fore the field for this popular event fills up.

The AGM for the FGA is scheduled for Wed 30 October, with a 6:00 for 6:30 pm start. Please attend and provide support to those elected onto the various committees.