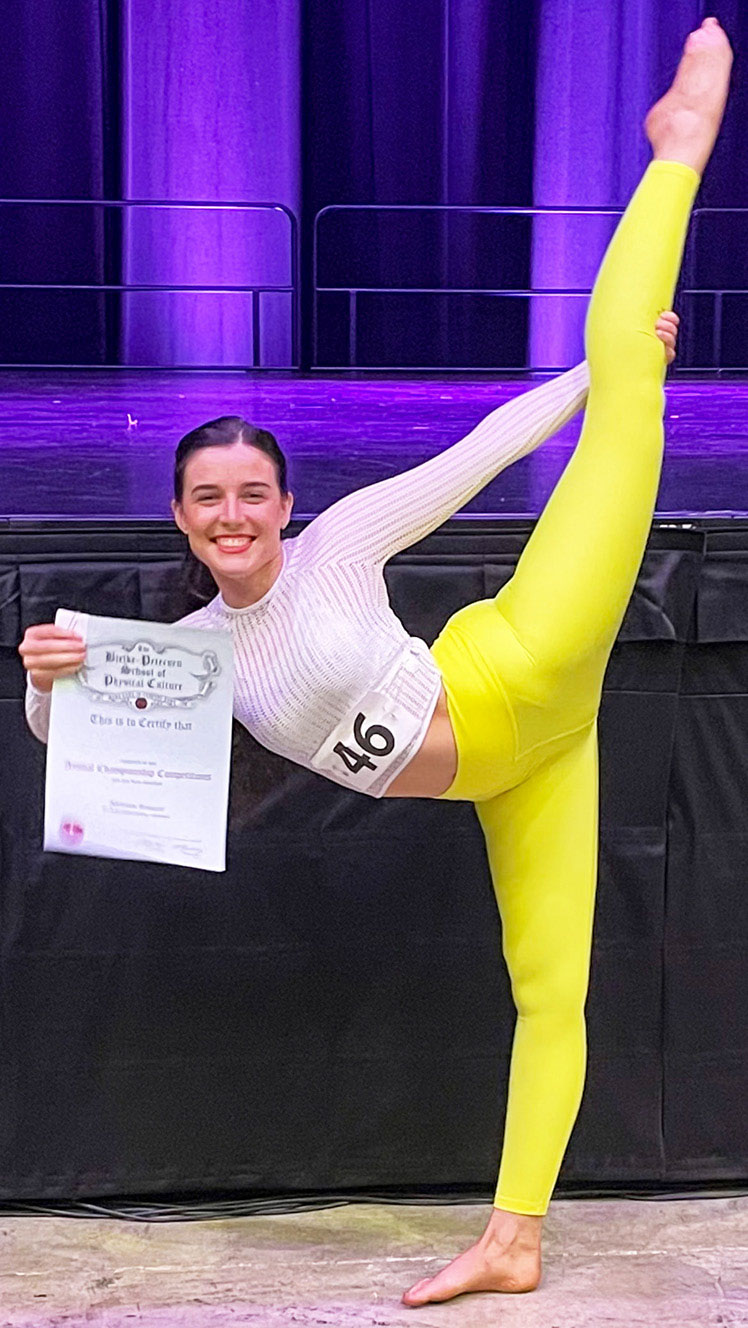 Ten juniors qualified to compete at the elite level of competition where they have to dance their set six routines in a combination of dance style to make it through the qualifying round of the national finals.

Three talented members made it all the way to the national semi-finals placing them in the top 32 in their individual age division. They are Maya Doyle (11), Maddison Hornery (10) and Dannielle Hornery (8).

All members showed exceptional skill and performances on the day with Ashleigh taking her performance to the next level. She went through the heats and semi-finals and qualified for the Senior National finals at the International Convention Centre, Darling Harbour.

This meant Ashleigh had to go back to Sydney where she performed and finished in the top national 15 competitors in the 2nd year seniors. This is something Ashleigh has dreamed of and worked towards for many years.

As a teacher at LVU Physie, Ashleigh is an excellent role model working with the young and upcoming members of the club. It is an incredible achievement for a young girl from the country, and everyone at the club is very proud of her.