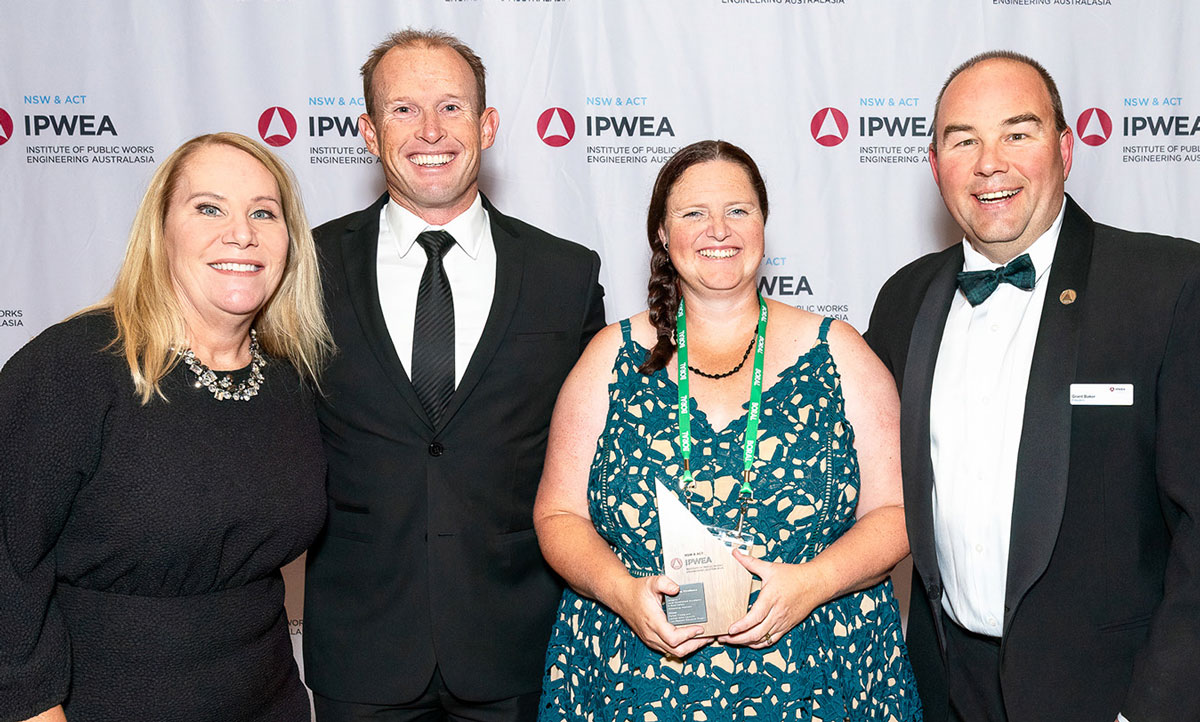 This year there were more than 100 nominations across the eight categories of the awards presented by the Institute of Public Works Engineering Australasia to endorse and recognise excellence of Local Government and public works projects.

The Load Restraint Project was spearheaded by the three Councils’ Road Safety and Injury Prevention Officer Melanie Suitor, who accepted the award on behalf of the project team.

“The project saw an increase in load restraint knowledge, breaches decreased by almost 70% and there were no load restraint incidents recorded on our local roads during 2021.

“We worked collaboratively with NSW Police, NSW Farmers and Transport for NSW to plan, implement, monitor and evaluate the project,” she said.

The project involved a pre and post online awareness quiz, how to videos and accompanying fact sheets, local case studies and the Load Restraint Village Tour. It focused on the safe transportation of hay bales, machinery and general freight.

NSW Farmers Regional Services Manager Catriona McAuliffe said: “We were able to show how vital good quality restraints and their appropriate use are for the safety of our produce and equipment, the drivers of the vehicles, and the road users that we share the roads with.”

For Parkes Highway Patrol Sergeant Martin Ling being on the road everyday meant they were able to see the improvements in compliance with load restraints on heavy vehicles and the reduction in incidents caused by insufficiently restrained loads. “Also, to know that we were able to educate a large number of people on safe and proper load restraints meant they had less chance of being fined or having to go to court.”