Home » Let Your Voice be Heard 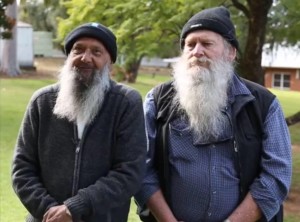 The Forbes Aboriginal and Community Working Party came together as an initiative of David Acheson, a dedicated member of the Forbes and Indigenous communities. “We are trying to create a voice for Aboriginal people in Forbes,” says David, who is currently seeking out fresh members for FACWP. “You’ve got to be involved with your
own town.”

Although FACWP have been operating quite a few months now, David admits that there is not much structure at this stage. “We have up to 13 people come to our meetings, but it varies from month to month,” David says, stressing that FACWP is for both Aboriginal and non-Aboriginal people alike and encourages people from all walks of life
to work together in their community.

David is responsible for most of the FACWP’s top jobs, including Secretary, Treasurer, Director and Cleaner, making it difficult for him to utilise resources in the best possible way. “I want to legitimise the committee,” he says. “We need structure to be accepted into the Three Rivers Regional Assembly. “As a group of volunteers we are working to
establish a local identity and make a place for ourselves in local decision making on things like health, education, housing, transport and cultural issues in the Forbes Aboriginal community.”

The next meeting of the FACWP will be held on Monday 12 October at the Forbes Services Memorial Club from 5:30pm. Anybody in the community who wants to contribute to their cause, whether young, old, black, white or in between is invited to join.