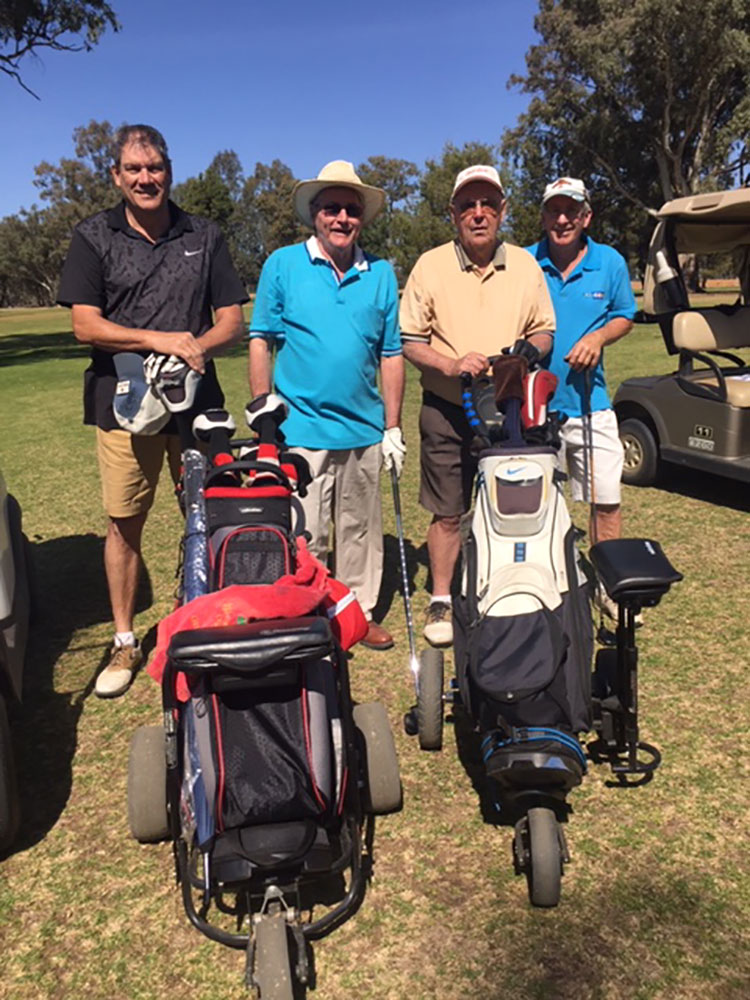 Last Friday the Forbes Golf Club proved to be a hive of activity with the staging of the $11,000 Legends Pro-Am Golf Tournament which finished in a three way tie between Steve Conran from Orange, Peter Jones from Sydney and Byran Wearne from Heathcote, Victoria all on two under par 70.

While Legends players are aged 50 years and over a Seniors category is also played for those aged 65 and over to be taken out by Grant Kenny of the South Coast on one under par 71.

Steve Betland from Forbes proved best in the amateur ranks winning with a par round 72 from a polished field of 111 players which included players from UK and Canada.

While many were thanked for their sup- port of the tournament, special mention was made of the efforts to see that all was in place for successful staging made by tournament director Andrew Dukes. It is felt that the tournament will be part of the golf- ing calendar in 2020.