Home » Jump On The Wealth Train 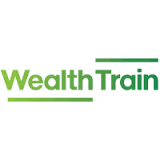 Orange resident, Daniel McGregor is turning the financial planning industry model upside down with a revolutionary idea of giving people the ability to create their own financial plan. Daniel, who will be writing a regular column called Wealth Train in The Forbes Phoenix, said he wanted to be a catalyst for change after spending 15 years in an industry plagued by bias.

“Australians pay around $20 billion in fees and expenses on their superannuation and they pay another $5 billion in fees to financial planners,” he explained. “The more of these fees people can keep in their own pockets and the more they have their money appropriately invested, the better off they will be in the long term.

Daniel said he wanted to show people the simple changes they can make that can have a profound impact on their ability to generate wealth. Visit www.wealthtrain.com.au and start your journey to financial freedom.