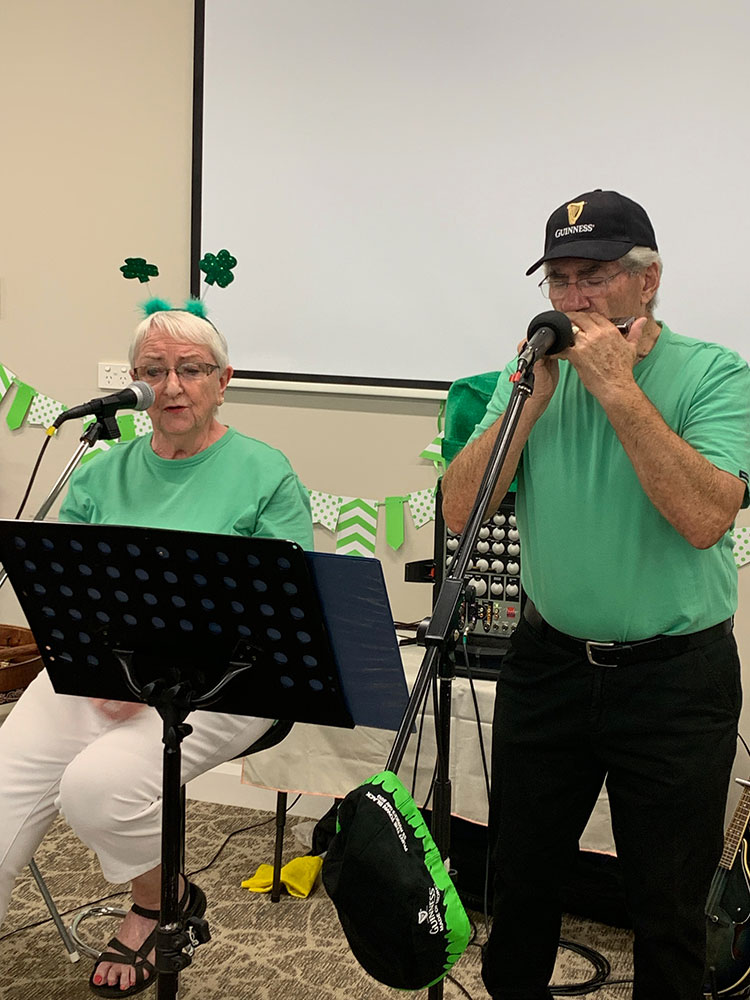 There was no better place to be on Saint Patrick’s Day than Jemalong Retirement Village (JRV), where residents and staff alike were treated to a set of Irish classics by The Gilmores, the husband and wife duo who sing regularly at JRV, as well as three retirement villages in Parkes. The JRV dining room was vibrantly decorated in all shades of green with the residents and staff dressed to match.

Spirits were high as the audience was treated to an array of the classics as well as modern Irish folk songs including ‘If You’re Irish, Come To The Parlour,’ ‘Whiskey In The Jar’ and ‘Flight Of Earls’ by the very talented Forbes residents, Jane and Neil Gilmore. Jane and Neil are also an integral part of the Seniors Choir and serve as the driving force behind the annual Seniors Week Variety Concert in the Town Hall.

Lifestyle Therapist at JRV, Judy Prior said, “The day was fantastic, we had 90 residents come down, had fantastic entertainment, a BBQ, which all of the residents love, lots of helpers came and the staff pulled together a fantastic celebration followed by bingo and Irish Jokes.”

Judy expressed how important events like this are for residents, especially with the recent excursion cancellations which can result in an overwhelming sense of isolation for residents without the community gatherings hosted at the village. Next week JRV will host a gathering with music and a BBQ for National Epilepsy Day.