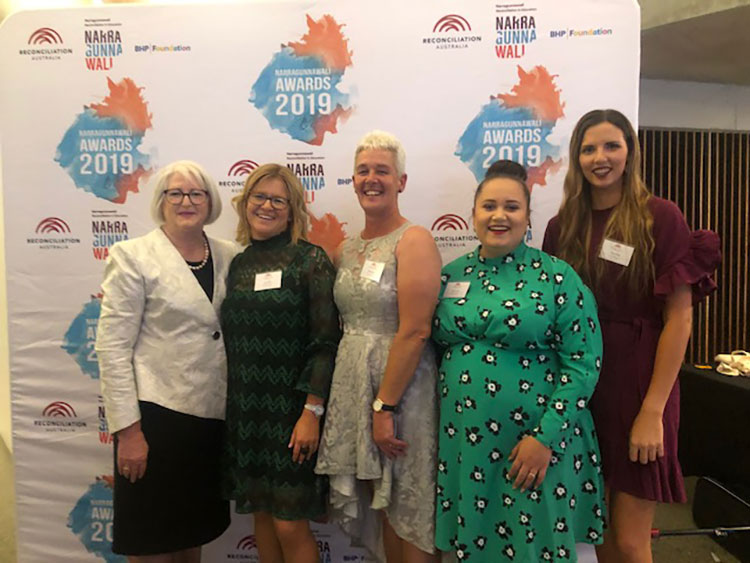 Reconciliation Australia was delighted to announce Forbes Preschool had won the Narragunnawali Awards 2019 in the early learning category at the awards ceremony held on Ngunnawal Country on Thursday last week.

Held biennially, the Narragunnawali Awards represent Australia’s first national awards program for reconciliation in schools and early learning services. The Awards have been designed to recognise and celebrate educational environments – across the Government, Catholic and Independent sectors – that have implemented outstanding and genuine reconciliation initiatives.

The ceremony was attended by many leading figures of government and early childhood education. Forbes Preschool Director Amy Shine received the award on behalf of the preschool, thanking Forbes Shire Council and the Forbes community in her acceptance speech. “Forbes Shire Council have been so supportive,” Amy said. “We’ve engaged with lots of people in our community and I believe it is such a team effort.”

Officer Karen Mundine said that each year the Narragunnawali Awards judges had a tough time separating the nominees from the finalists. “We are so inspired by the contributions that students, teachers and broader communities are making to progress reconciliation between Aboriginal and Torres Strait Islander peoples and non-Indigenous Australians.

Karen said the judges applauded Forbes Preschool for its approach to reconciliation in a relatively challenging local cultural context. “Courageous conversations are being had not only in the classroom, but also with families and community members.” The Narragunnawali: Reconciliation in Education program, in partnership with the BHP Foundation, enables Australian schools and early learning services to foster knowledge and pride in First Nations histories, cultures and contributions.