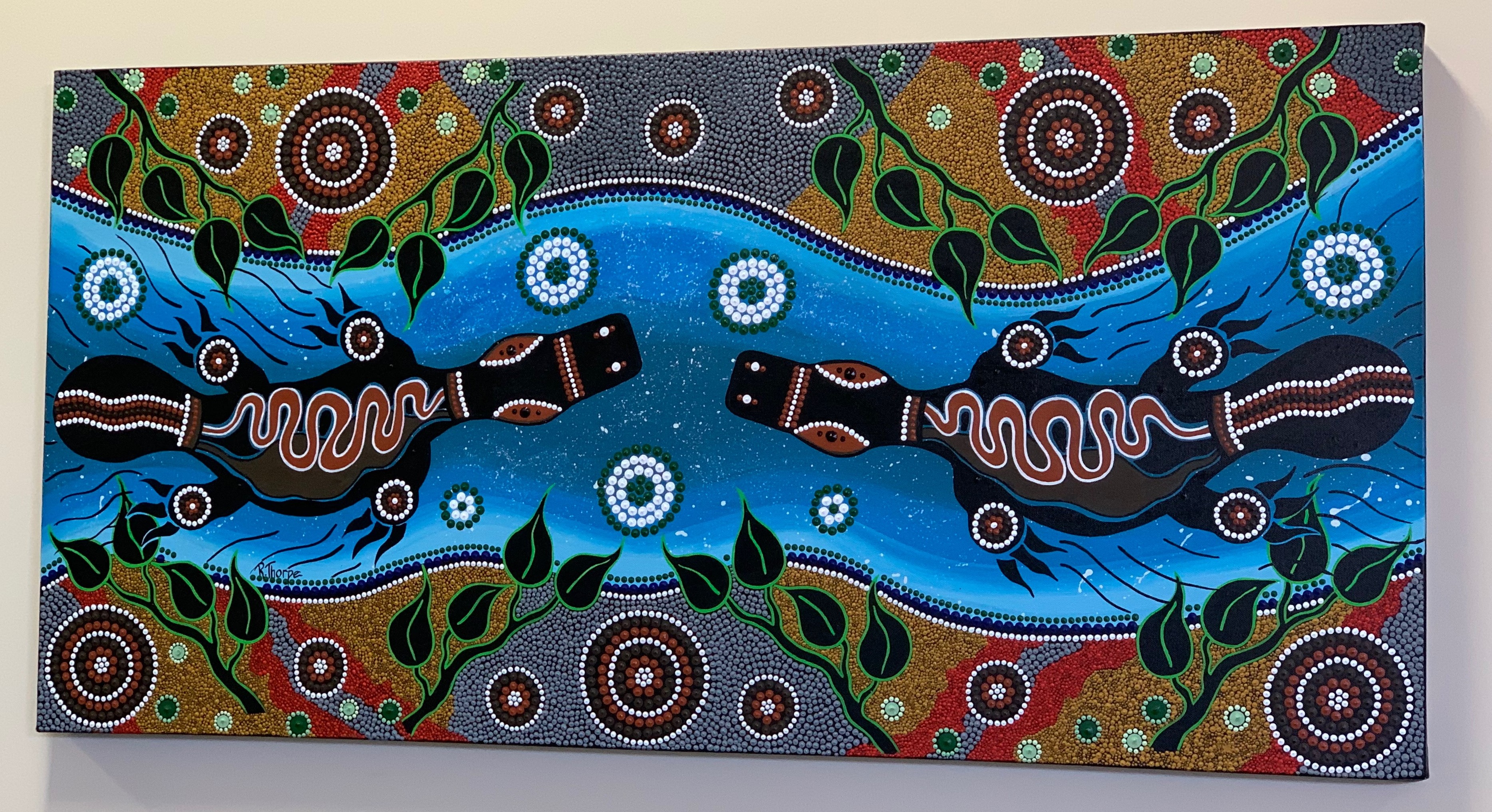 CatholicCare Wilcannia-Forbes has announced the winner of its inaugural Aboriginal Art Competition as Raymond Thorpe, an artist from Forbes.

“There was considerable interest in the competition and Mr Thorpe’s outstanding work was selected from some exceptional pieces,” CatholicCare Wilcannia-Forbes CEO, Anne-Marie Mioche said.

As CatholicCare’s first Aboriginal Art competition, artists from throughout the diocese were invited to submit a contemporary or traditional entry on any subject.

“The calibre of entries was impressive and we hope will only continue, along with the  of entries, each year we continue to host this Aboriginal Art Competition.”

“We know there is a lot of talent in our diocese and this competition is just one way we can showcase our exceptionally talented artists,” she added.

Mr Thorpe’s work is a colourful and detailed image featuring two platypus (biladurangs) synonymous with the waterways running through the diocese. Traditional and intricate dot painting techniques were used to depict the communities, land and water. The artwork is entitled Platypus Waterholes and depicts a male and female coming together to make their family and to bring them up in safe waterholes. Mr Thorpe’s work is on display at the CatholicCare Wilcannia-Forbes Corporate Services office in Lachlan Street, Forbes.

Second place was a painting by Stephen Moore from Dubbo, entitled Two Bruthas and tells a story of the bond of these brothers and although life has taken them on their own journeys they always come back to the bush where they belong.

Third place was by Cheree Stokes of Trundle and symbolises a tree of life with its many branches depicting the different services CatholicCare offers to people in need.

The winning artwork will now feature commercially in CatholicCare branding and promotional material.