You are here: Home / Articles / Impact Of Drought Clear In Latest Crop Report 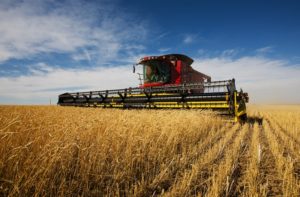 A dry winter and poor start to spring in most cropping regions has seen forecast winter crop production fall by almost one quarter.

Minister for Agriculture David Littleproud said the dip wasn’t unexpected and highlighted the impact of the drought on cropping. “This latest crop report confirms what farmers living and working through this drought expected,” said David.

“Harvesting of winter crops is well underway and total production is estimated to have decreased by 23 percent to 29.3 million tonnes in 2018–19. Many farmers also chose to cut crops planted for grain production for hay because of higher fodder prices.

“The story of agriculture in Australia is just add rain. I know many areas are doing it extremely tough right now but our farmers continue to be resilient,” added David.

“Despite the continued drought, winter crop production remains substantially higher than 17 million tonne crops produced in the widespread droughts of 2002-03 and 2006-07. The government is getting behind our farmers to manage through the drought, investing nearly $6 billion—growing to $7 billion over time—in new assistance and additional funding.

Just last week I introduced legislation in Parliament to create a $5 billion Future Drought Fund to build resilience and have a solid plan for the future of farming in this country.”

“The Farm Household Allowance, a payment that helps put food on the table, has helped almost 9,500 farmers and their families since it was implemented,” said David.

There is encouraging news in the report. Late spring rainfall has seen an increase in summer crop planting in Queensland and northern New South Wales, but significant follow-up rain will be needed to ensure production.

The December 2018 Australian Crop Report is available at www.agriculture.gov.au/crop-report.