Home » ‘I Can Save The Songbird Too’ 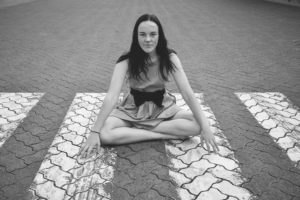 A 16-year-old Forbes High student won third place in a national songwriting competition. Paige Ellison came third in the Year 11/12 section of the Australian Children’s Music Foundation (ACMF) National Songwriting Competition with her song Ropes. “It is really amazing. I am so excited,” said Paige of her success after entering for the second time.

She started writing songs when she was 14. She is the lead vocalist for local band House Of Tribes and also writes most of the songs for the band. She fronts the band with her brother Jake, who received a highly commended in the same section of the competition in 2015 for his composition Underdog. Paige’s song will feature on the band’s new album, ‘We Still Have Hearts’, which is set for release in mid-January 2017. “I think with all the publicity my song is
getting, it will help our band a lot.” Paige, who also plays guitar, piano, ukulele and mandolin, said it would be lovely to turn her music into a career one day.

The band has been going for three and a half years and they play folk indie music. They perform mostly locally but have also played in Dubbo, Young, Orange and other towns in the Central West. You can hear Paige’s song and all the
other winning songs at http://acmf.com.au/

The National Songwriting Competition (NSC) is the longest running and most successful children’s songwriting competition in Australia. Don Spencer, Founder and CEO of the ACMF, launched the competition fourteen years ago to inspire creativity, imagination and self-expression in children. “I was thrilled by the quality of this year’s entries,” said Don. Entries were judged by music industry experts in Sydney. Since its inception, more than 26,000 songs have been written for the competition.