Home » Hurford Nabs A Grade As Pennants Heats Up 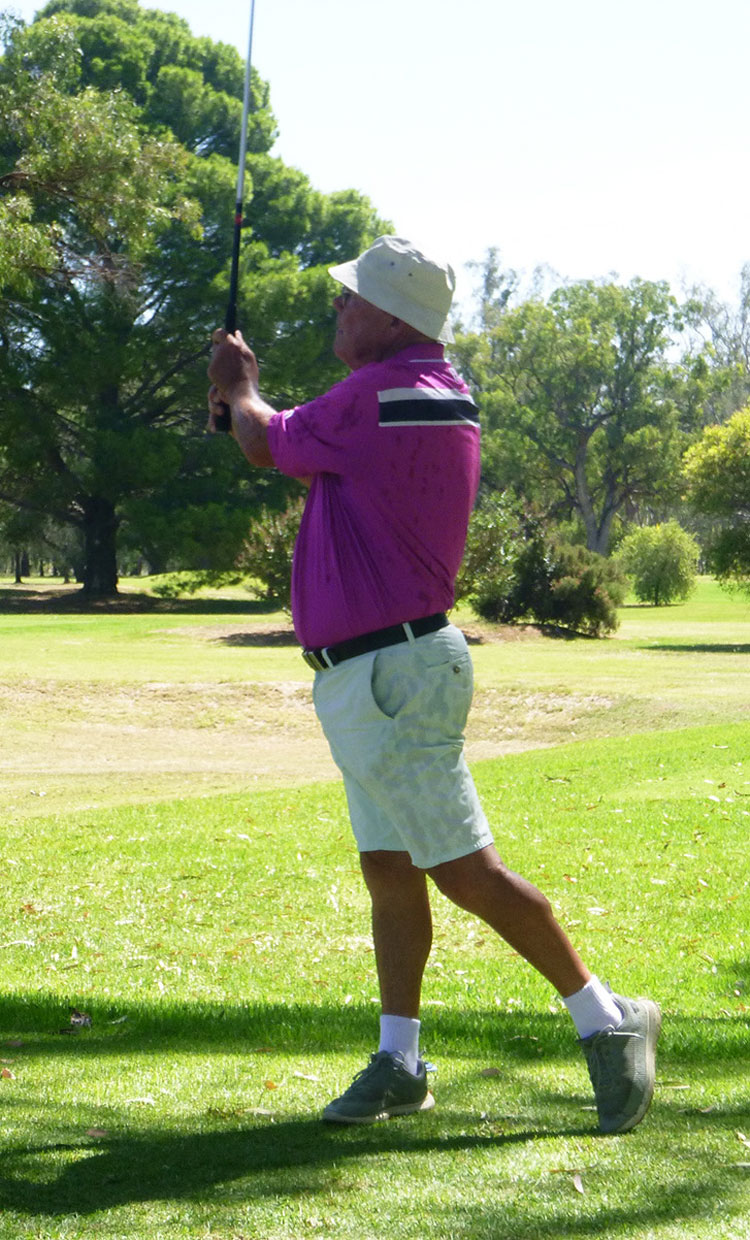 BE THE CLUB: Peter Barnes watches his shot intently off the tee at Forbes Golf Club in the Mciahel Robinson and Co. Monthly Medal.

The Saturday comp on March 6 was the Monthly Medal, sponsored by Michael Robinson and Co. with 69 players.

A-Grade was a close race, with Clint Hurford (nett 69) just ousting Stephen Uphill (nett 70). B-Grade was won by Peter Cowhan with the best score of the day, nett 63 while Peter Grayson was runner-up on nett 68.

The 2021 CWDGA Pennants played last Sunday had mixed results. The Division 1 team lost narrowly to Parkes by 3-2. Shane Sallaway (7/5) and John Betland (5/3) were our winners. Our Division 2 team have qualified for the Finals on the back of a 3/2 win over Duntryleague. Andy Dukes (4/3), Charlie Dwyer (6/4) and Brodie Hodges (5/3) were winners.

The Div 3 team handed Duntryleague a 5-0 thrashing but may miss out on the Fi-nals on a points count back. Adam Curry (3/2), Pete Barnes (6/5), Damien Kennedy (4/3) Matt Roylance (3/2) had easy wins while Brett Thomas won on the 19th. Unfortunately the Div 4 team were not able to play.

The Sixes Competition had its first week of the Finals. Teams to drop out were Drawshanks, EHAG, ‘Boys and Girls’ and ‘George of the Jungle’.

Players are reminded to provide to the Pro Shop the names of those attending the Presentation Dinner on Sunday, 28 March.