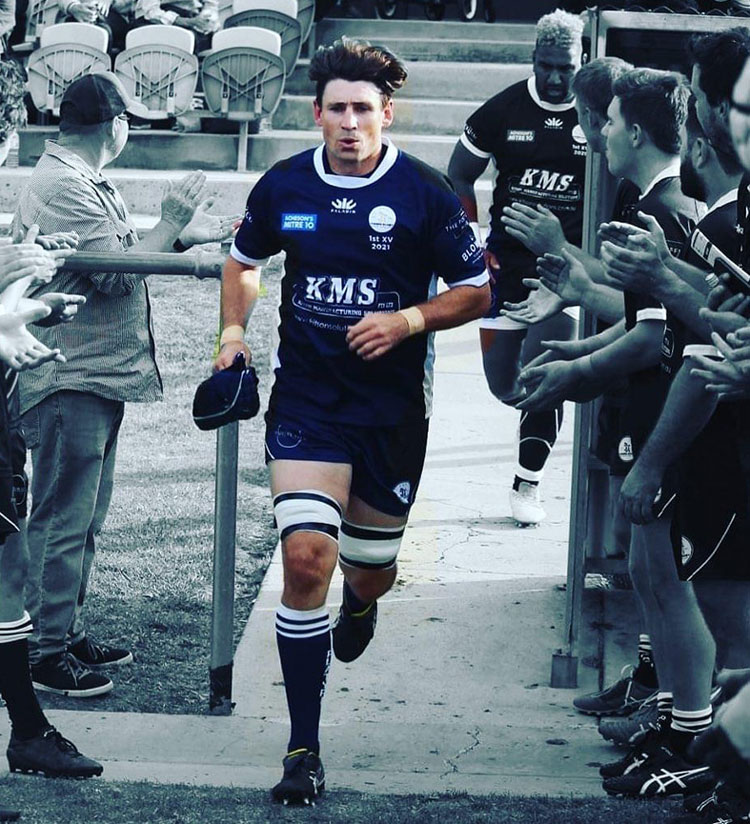 Sport like life isn’t always fair and Forbes Platypi stalwart Andrew Hubbard found this out the hard way as Forbes lost to fellow finals contenders Bathurst Bulldogs 24-18 at home in a match worthy of any semi-final.

While the pre-match focus was on Hubbo’s 400th game for the Platypi, Bathurst needed a win to stay clear of fifth placed Dubbo and like Forbes, remain in the hunt for a top two spot along with Cowra.

After nine rounds of the Blowes Menswear Central West Rugby competition Forbes sit in third on 28 points, three behind Cowra on 31 and seven behind ladder leaders Orange Emu’s on 35. Bathurst rounds out the top 4 with 27 points.

With six rounds remaining Forbes XV will need to beat a desperate Dubbo Kangaroos in Dubbo this weekend and hope Orange Emu’s defeat Cowra who are arguably the most improved side in the competition this year.

In other matches, Dubbo Rhino’s took out the Colts 29-12 while the Women’s were blasted off the park 50-0 by the Bathurst Women’s side. Forbes 2nd XV were trounced 38-5 in a contest that never eventuated.

Forbes will play Dubbo Kangaroos in Dubbo this Saturday June 26th at 3.15pm at Dubbo Rugby Club in a must win for the hosts. The Platypi can be as high as second should they get the points and other results go their way.

The NSW Country Cockatoos squad to play in the Senior National XVs Champion-ships in Adelaide later this year has also been announced with Forbes duo Mahe Fangupo and Charlie French both earning caps. These selections follow strong performances in the successful Blue Bulls side that won in Tamworth earlier this month.