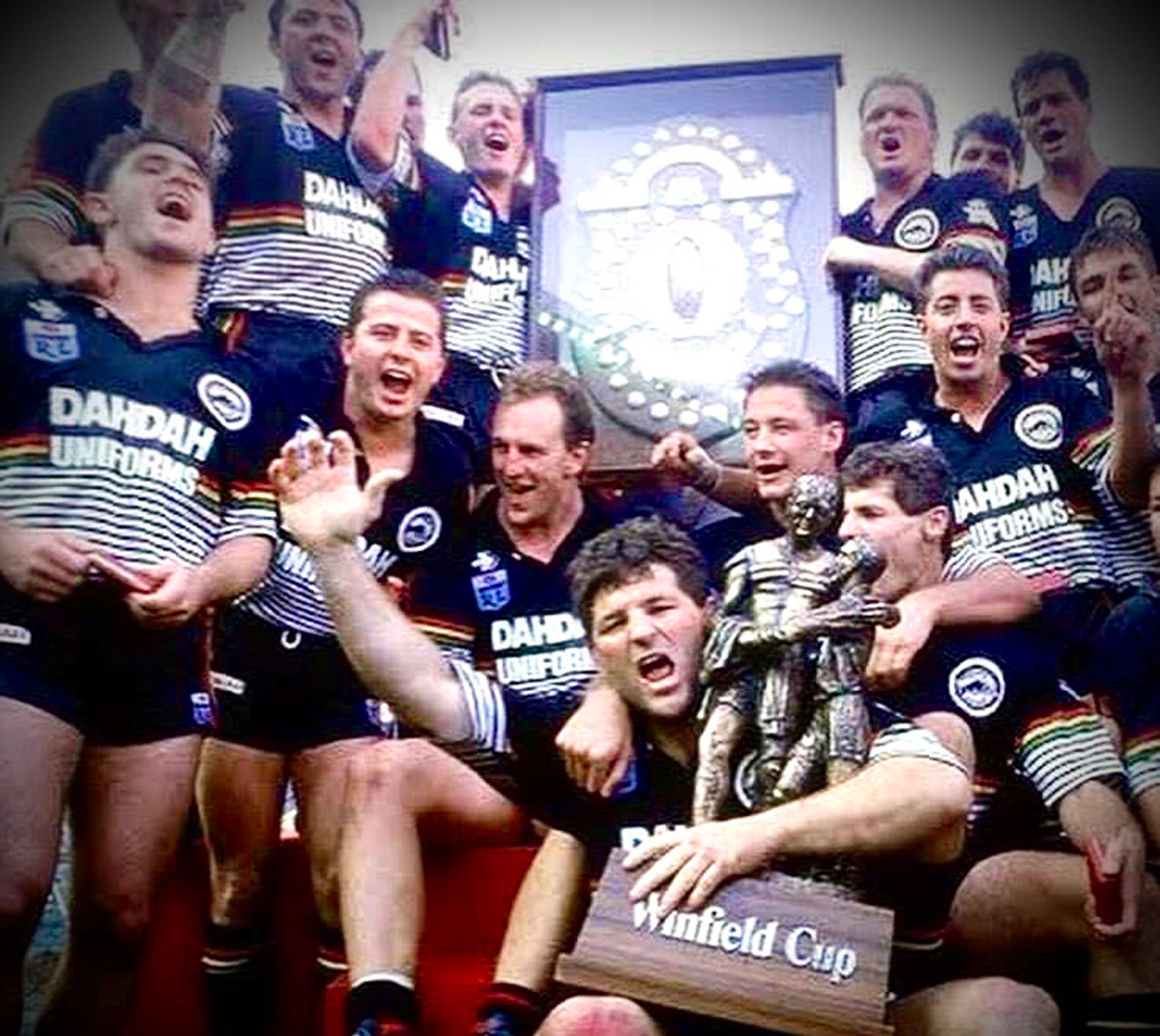 30 YEARS AGO: Gooloogong’s Royce Simmons (pictured with trophy) after winning the 1991 grand final. Forbes Charlie Staines will be hoping his young side can do the same on Sunday. Photo courtesy of NRL.com

It is the grand final no one expected – South Sydney Rabbitohs vs Penrith Panthers at Suncorp Stadium on Sunday and pending last minute changes it appears Forbes Charlie Staines sadly will not be part of the match day 17. It is also 30 years since Gooloogong’s favourite son Royce Simmons held aloft the Provan-Summons trophy.

Simmons, in his last game for the Panthers, scored the winning try in a 19-12 grand final rematch with a star-studded Canberra Raiders side that included the likes of Junee’s Laurie Daley, Mal Meninga, Ricky Stuart and Brad Clyde among others.

Penrith, coming off a massive win over defending premiers Melbourne, will be looking not just for revenge against the Rabbitohs after a 16-10 loss three weeks ago but redemption after losing last year’s decider 26-20 to the Storm. Penrith will be wary after master coach Wayne Bennett ambushed the young side to earn a week off.

However the game plays out it will make for riveting viewing and hopefully the Forbes Ferrari gets a last-minute call up. Now that would be a story!

Our tip – Penrith by a point in a real close one.