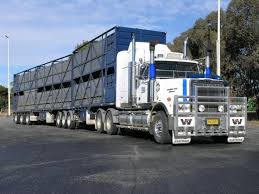 A road upgrade to create a major heavy vehicle route linking the Newell Highway to busy grain handling facilities at Wirrinya is now complete. Local Nationals’ MP and Deputy Prime Minister, Michael McCormack said the Federal Government provided $800,000 to the project under Round 5 of the Heavy Vehicle Safety and Productivity Program (HVSPP).

“The Newell Highway is a critical freight artery for the Riverina and Central West, as well as one of Australia’s busiest highways,” said Michael.

Parliamentary Secretary for Western NSW, Rick Colless said a 12.6 kilometre section of the road was widened, had its culverts strengthened, intersections realigned and rail crossings improved to allow access for an increased number of heavy vehicles.