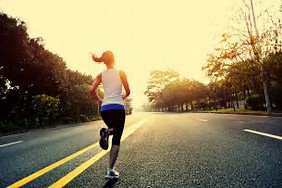 Up to 3.6 million Australians are not doing any exercise at all and over half say they mostly sit on a typical work day, according to new research from the Heart Foundation.

Alarmingly, couch potatoes are starting young, with almost one in five parents saying their child was inactive, and a third blaming a lack of interest and a preference for electronic games.

The Heart Foundation asked 1,001 adults about their weight and exercise patterns, and the activity levels of their children. The findings, published earlier this month in the Heart Foundation’s National Physical Activity Plan report included:

Only 20% of adults meet the national guidelines for enough exercise (30 minutes, five times a week).

One 7% of children get the recommended one hour a day of exercise, meaning 600,000 children are inactive.

Adjunct Professor John Kelly, CEO – National of the Heart Foundation, said: “Physical inactivity is one of the most significant global health crises. Our survey shows that levels of physical inactivity and sedentary behaviour in Australia remain worryingly high, which is a serious threat to our heart health and increases our risk of early death.”

The Heart Foundation survey found that people who did no exercise – about 3.6 million adults – said the main barrier was lack of time, followed by a lack of enjoyment of exercise and a preference for doing other things. Those who did exercise were motivated first by the desire to lose weight, followed by concern for their appearance, and then concern for their health.

The preferred exercises were walking, going to the gym, jogging or running.

“Making physical activity easier and more accessible for all is vitally important if we are to reduce ill health. That’s why we have launched the MyMarathon challenge – an ideal way for people of all fitness levels to increase their exercise and improve heart health, while raising funds to fight heart disease,” said Professor Kelly.

The MyMarathon challenge runs during October and encourages people of all fitness levels to run or walk the equivalent of a marathon (42.2 kilometres) in their own time over a month. Money raised will help to fund life-saving research to fight heart disease.

Equivalent to just 20-30 minutes of brisk walking each day, it’s an achievable goal for most people, helping them reach the recommended physical activity levels and improve their own heart health.

The challenge was initially run in the UK by the British Heart Foundation. This year the aim is to get 10,000 Aussies off the couch and into their trainers to raise $800,000 for life-saving research.

To find out more visit https://www.heartfoundation.org.au/mymarathon