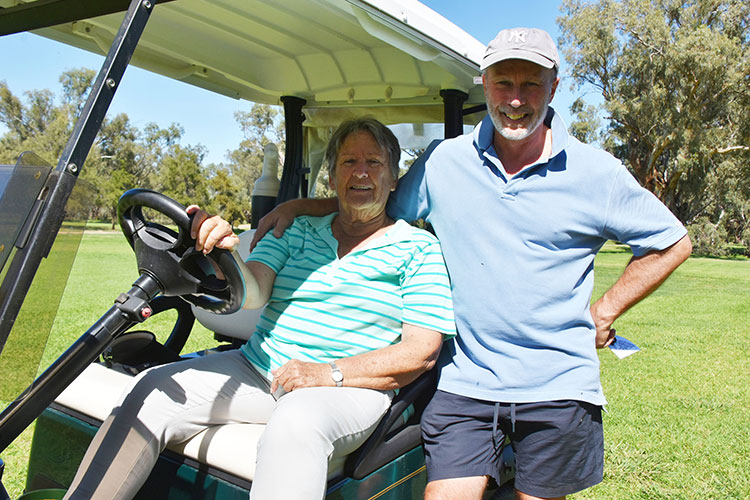 Golf appears to one of the few sports able to be played during social distancing. There are tough times for all and at the time of print, information and advice may change.

Last Saturday 59 played everyone’s favourite, a par event sponsored by Brian Everest, naturally from Everest Auto’s. Ian Bown who has taken over presentations, had great delight in telling all he won the A grade with plus three from George Falvey. However, Ian was lucky to be only one plus from Ian who let a plus 5/6 score go playing the first 14 holes as good as anyone.

In B grade Matthew Duff stole the show winning with plus six scoring an even card with plus three, both nines. Pluses on the 8th, 9th and 10th were a triple highlight.

Ross Williams is rated one the best handicap players in the club and demonstrated how to finish next the beat on plus four, plus one on the front nine then plus three on the run home.

Benny Robinson was the best of seven players on Sunday in the medley scoring 39 points winning on a count-back while Ethan Gaffney took both nearest the pins.

This Saturday, 28 March will be the Sanderson Memorial Golf Day. Over the years this has been one of the major events with fields of around 200 players quite common. The event was scheduled to be four ball Ambrose but with uncertainty as to the number of locals having a hit along with visitors, who are usually strong in support, the competition has been rescheduled to individual stableford.

Players are asked to please consider restrictions and rules regarding the Coronavirus and veteran players are advised that competition in the Forbes/Parkes weekly Thursday 12-hole competition is suspended until further notice.