You are here: Home / Sports / Mens Golf / Golfers Score In The Rain 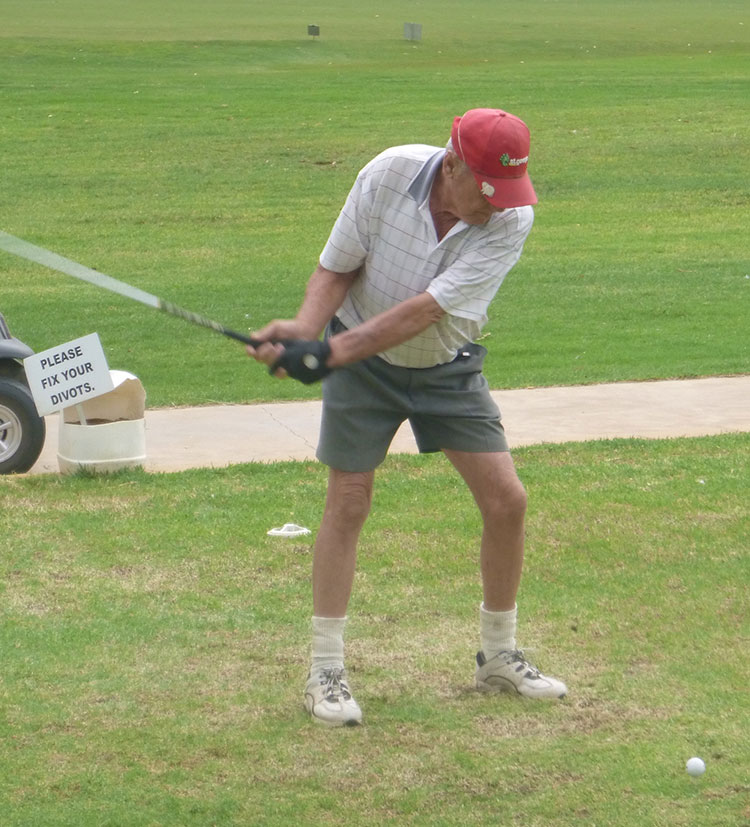 Ron Morris teeing off and hoping to beat the rain.

The Men’s competition on Saturday, an Individual 18-hole Stableford event sponsored by Troy Howe Electrical, was a wet affair for the 68 players. However, many of them did manage to score well.

The Division 1 winner was Simon Flynn (Mudgee) with 38 points, helped by the count back which saw Anthony Alley finish as Runner-up. Simon was steady throughout, while Anthony stormed home with 22 points on the back  9.

The Division 2 recorded the best score, going to the winner Matt Duff on 40 points. He is expecting a cut in his handicap. Runner-up was Jack Dobell with 37 points, getting there on count back from John Ridley.

It was wet out there. The early golfers had the better of the conditions but the rain and a brief clap of thunder with a short zap of lightning scurried a few golfers to refuge. Some players lost their grip on the club which saw some clubs flying down the fairway or in the trees.

There was no Sunday Stableford Medley as the Club hosted the CWDGA Pennants. In all 60 Pennants golfers teed off in cloudy conditions, which soon turned to a few showers then steady drizzle. Winning teams were; Division 1 Bathurst, Division

Pencil in a Callaway Demo Day scheduled for Thursday, 20th February, where you can try out the latest Callaway ‘Mavrick’ range. Book a time at the Pro Shop.