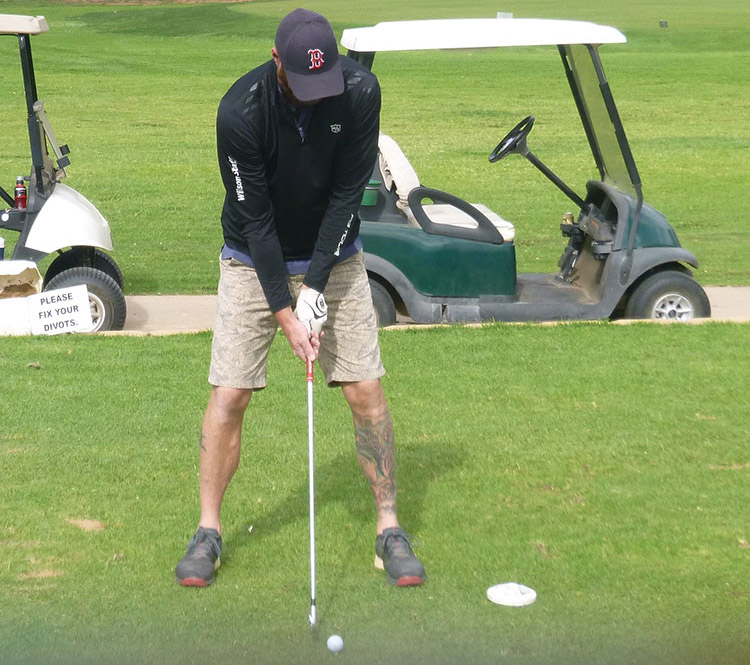 Shane Sallaway preparing to start his round.

Sunshine and scattered showers greeted the Forbes golfers on the weekend, with 87 players contesting the Men’s 18 Hole Stroke event on Saturday, 9th May, spon- sored by B&C Autos.

The Sunday Stableford Medley was surprising at the low scores, perhaps due to the cutting breeze. Michael Wood won with 30 points, closely followed by John Betland on 29 points. The ball sweep went to 28 points, with Laurie O’Connor the lucky player. No NTP’s were played.

On Tuesday, 5th May 20 players enjoyed the sunshine in the Tuesday Golfers social play. The surprise winner on the day was Neale Herbert with a very fine 32 points. Brian Clarke with 31 points was runner-up.

Geoff Drane skipped his tee shot on the 9th across the water and onto the green, and finished with a par.

The third week of the Winter 9 Hole Individual Nett competition saw 47 players participate. Voucher winners were Denis McGroder and Warren Baxter. The balls went to 37 nett on count back so check in the Pro Shop for details of the 14 lucky players to get one.