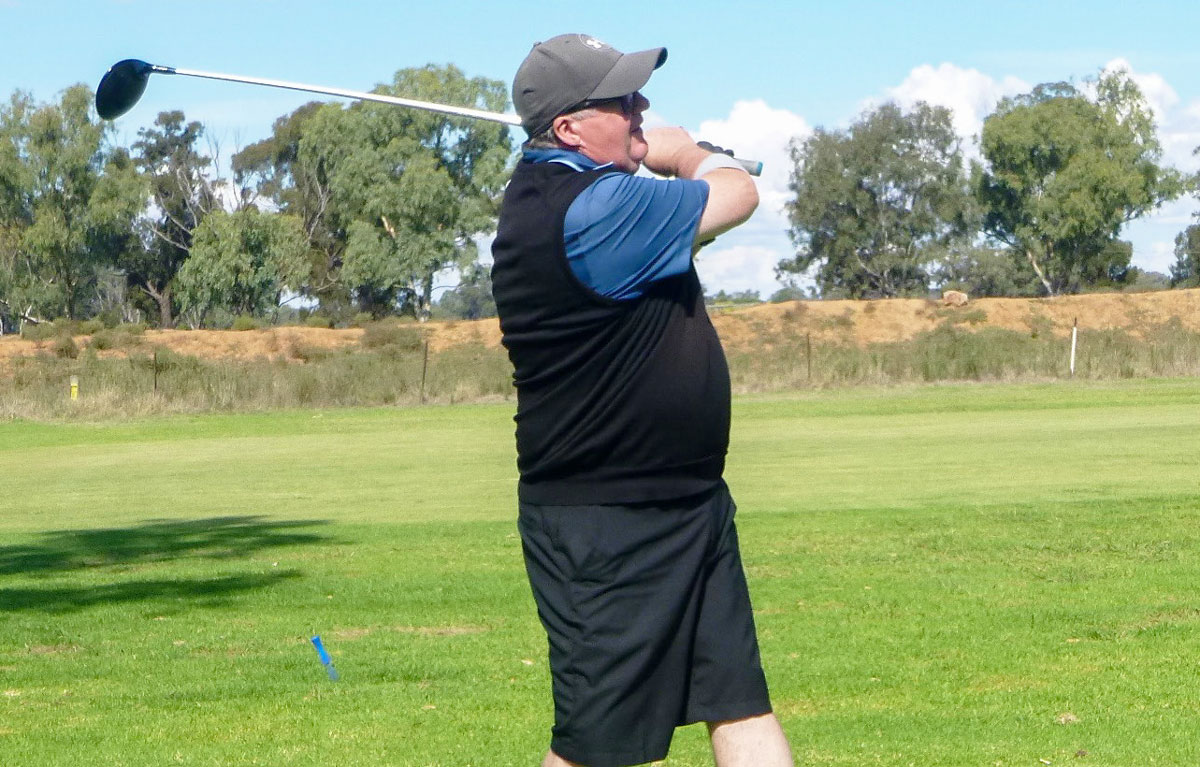 Richard Webster from Massey Park on his tee shot.

The 80 players contesting the Individual Stableford Medley on Saturday were enjoying the beautiful autumn conditions as they vied for the Kristie Carpenter Perpetual Trophy.

Harry Callaghan won the Men’s Division 1 with 40 points. He had tough competition from Adam Currey who finished strongly to score 39 points.

Lachlan Alley’s 41 points was enough to make him the winner of the Men’s Division 2. He also had close competition with Clayton Alley on 40 points.

The Women’s Division was won by Verna Lane. She scored 38 points but needed a count back to push Jenny Fletcher into runner-up, also on 38 points.

The Ball Sweep went to 33 points on count back – check in the Pro Shop to see if you managed that. Visitors welcomed to the course were Stuart Hayes (Murrumbidgee), Jack Downes (Moree), Richard Webster (Massey Park), Ray Sanderson (St Georges Basin) and Reg Bown (Perth, WA).

The Sunday Stableford Medley was dominated by visitors and was won by Stuart Hayes on 38 pts. Stephen Grant (Murrumbidgee) was runner-up on 32 pts on count back. There was no ball sweep. There were no NTPs as no one in the comp hit the greens.

This week has been full of the Forbes Vets ‘Week of Golf, with over 100 players participating.

Tomorrow’s men’s competition is an 18- hole stroke, while the women play a 4BBB competition as part of their open weekend. Sunday is the Ladies Open, with the course closed until the afternoon.