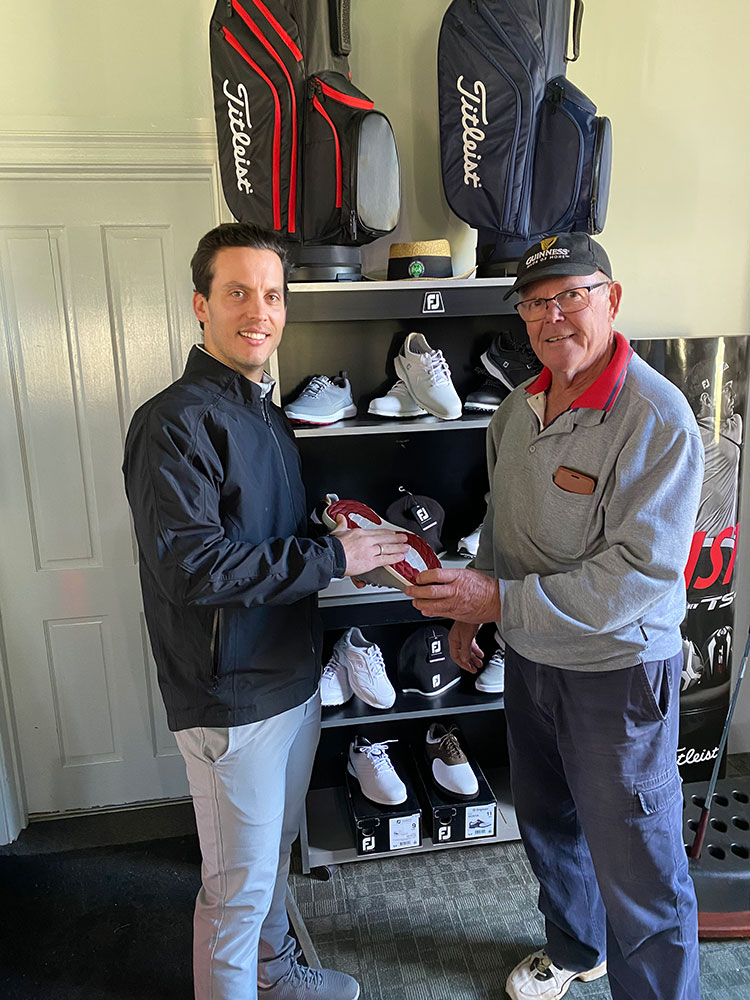 Adam Demidjuk is looking forward to working with the Forbes community after his recent appointed role as FGA Resident Golf Professional.

“Even at this early stage I have noted Forbes is a friendly community and I am thrilled to be part of it,” Adam said. While Forbes is the first full time appointment as a resident professional for the 32-year-old, Adam brings a wealth of knowledge to the position.

Since starting his traineeship at Long Reef Golf Club, Adam has attended appointments at Bayview and Kareela Golf Clubs as Assistant and Teaching Club Professional.

“While I believe it has been quite busy here on the course in recent months, I want to see golf continue to improve in playing numbers and become a major part of the sporting community.”

“I have learnt early that Forbes has some very talented players and I would like to give new golfers and learners an experience they will never forget.” Adam said.

Adam feels Forbes has a terrific course, having played two rounds since arriving, his first two over par 74, while he improved by six in his most recent outing two weeks ago. “I’ve heard plenty about the form of some of the A graders here, I’m looking forward to getting out on the course with them, and members in all grades,” Adam said.

Last Saturday the Frances family sponsored a Four-Ball Best Ball Stableford which attracted 51 players, far down from previous weeks due undoubtedly to weather conditions with parts of the course under water.

Troy Howe, handicap 19 and Charlie Dwyer, 8 have been regular players in recent months proving they were more than comfortable in the muddy, wet conditions with a score of 42 points.

Tomorrow, Saturday, 15 August will be a Stableford sponsored by Gunn’s Traffic Control while on Sunday the 27-hole Mixed Foursomes Championships is scheduled.