Home » Get Your Hand Off It 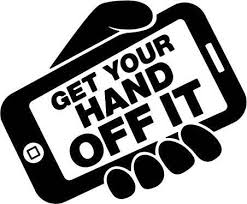 Forbes, Parkes and Lachlan Shire Councils are reminding drivers to put their mobile phones down, after the latest observation survey recorded 63 motorists using their phones while driving.

The observations surveys are conducted bi-annually in Forbes, Parkes and Condobolin and aim to measure, monitor and improve local seatbelt wearing rates and the number of drivers complying with mobile phone legislation.

The Councils’ Road Safety and Injury Prevention Officer, Melanie Suitor said that there is an urban and highway location in each town with survey staff conducting the observations for an hour in the morning and an hour in the afternoon at both locations.

“The observation surveys give us a really good insight into current local driver and passenger behaviour. The seatbelt wearing rates are great but the mobile phone usage rates are disappointing.

“Many people would agree that using mobile phones while operating a motor vehicle is dangerous. Your attention simply cannot be in two places at once and the split second you glance away from your windscreen to check your mobile phone screen, could cost you or someone else their life.

“If you use a mobile phone while you’re driving you can be up to four times more likely to have a crash,” said Melanie.

“Mobile phones are distracting which can often lead to dangerous driving behaviours. If you don’t have the self-discipline to not touch it then put in a place where the temptation is removed. If you are detected using your phone whilst driving you will receive a ticket,” Sergeant Jeffree said.

Melanie will be working with Police and Roads and Maritime Services to develop and implement a low cost education campaign over the coming months.