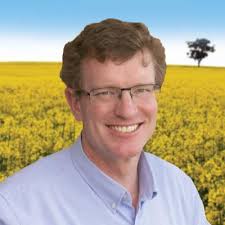 State Member for Orange Andrew Gee on Tuesday announced his resignation, following five years representing the communities of the Central West in the NSW Parliament. “It has been an honour to work with local community members, community groups, and also my fellow members of Parliament on a range of issues and projects that have been close to the hearts of those in our
communities,” Mr Gee said.

“More than anything though, it has been an absolute privilege to represent the communities of Orange, Molong, Cudal and the Cabonne Shire, Gulgong, Mudgee, Wellington, and more recently, Parkes, Forbes, Canowindra, Eugowra, Peak Hill, Trundle, Tullamore, Bogan Gate and their surrounding districts.

Mr Gee will now contest the federal seat of Calare in the upcoming Federal Election.