You are here: Home / Articles / Garema Got Up And Came To Forbes 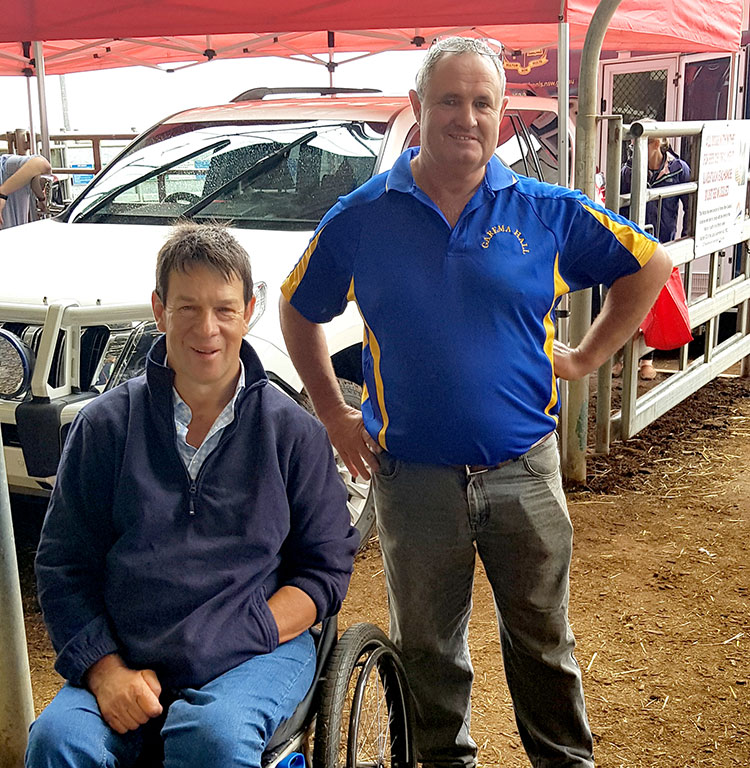 The Get Up and Go Garema gathering went ahead last Thursday, with a last-minute venue change from the Garema Hall to the Central West Livestock Exchange.

Council worked hard to clear space and pulled off making the venue both vibrant and practical. The gathering was a coming together of community groups and organisations and five powerful and inspiring guest speakers who demonstrated the importance of taking positive steps to better mental health.

Event organiser Tom Norris developed his vision for the event after attending a similar one years earlier and recognising the life changing impact it had on his own life and mental health. Tom was in great spirits at the event saying, “I am over the moon with this rain and especially grateful to Forbes Shire Council for throwing their support behind this and all they have done for us.”

Rural Adversity Mental Health Program Coordinator, Di Gill weighed in on the significance of such an event, stating that, “With the fire, flood, dust, smoke and drought, addressing mental health in rural and regional communities is more important than ever.”

Forbes Council, Centrelink, Community Health, Local Land Services, NSW Farmers, Forbes Preschool, Forbes High School and many more organisations and groups were there to offer information on the support and resources that are available to farmers and farming families. 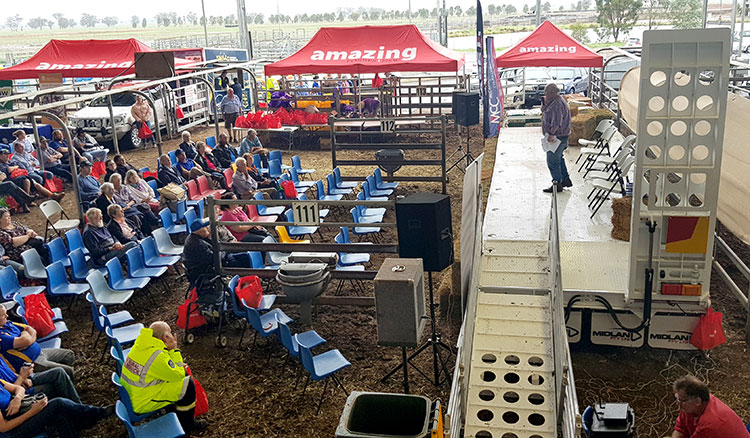 The Central West Livestock Exchange served as an impressive venue for the gathering.

Many community groups lent their skills in hospitality, which made the day all the more comfortable for the many who had travelled from Garema and surrounds to attend on the day.

MC, Bruce Reynolds of Blayney Shire Council introduced the line-up of speakers with Geoff Chase, a cattle farmer from Tottenham, speaking first in intimate detail about his own battle with depression. Geoff gave incredible insight into the disease and provided understanding and hope for those who suffer from the disease, as well as the family of the sufferer, stating, “The one’s closest to you end up taking the brunt of it.”

Guest speaker Craig Semple, former Investigative Detective who spent 25 years on the force provided insight into suicide in rural communities. He also shared his own experience and treatment of Post Traumatic Stress Disorder and Depression, giving the audience a sense of the process of healing and recovering from mental illness.

Sam Bailey moved the audience with his personal story of resilience and making it through the darkest depths of the human psyche. Chris Wilson of Wantabadgery advised that it was only the attention and support of family that enabled him to recognise and seek the help he needed in his fight against the disease. Chris summed up mental illness perfectly in saying, “There is no shame in mental illness, just a shame if you don’t do anything about it.”