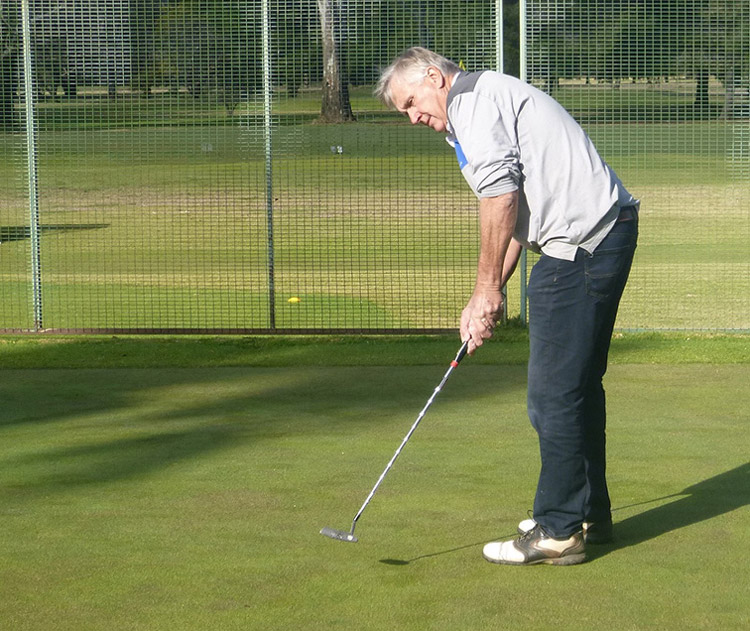 SHARPENING UP: Stephen Uphill sharpening up on the greens at Forbes Golf Club before his round.

The Men’s Foursomes Champs were held in conjunction with a Daily Comp sponsored by FINDEX (Forbes), in chilly and soft conditions throughout the weekend.

In the Men’s Foursomes Championships, played over 36 holes, the Scratch Champions were the pairing of John Betland and Andrew Dukes with a total of 157. Runners-up were Todd Callaghan and Shane Sallaway on 158. The Handicap Champions were Ben Robinson and Matt Roylance (140 nett) with room to spare to Runners-up Josh Coulthurst and Jacob Bernardi (145 nett).

The Daily Comp was run over two days, with prizes on each. On Day 1 the Scratch winners were C Hanrahan/H Callaghan on count back from D Bayley/P Dawson, both on 79. In the Handicap the winners were B Robinson/M Roylance with 67 nett, ahead of I Bown/A Grierson on 71 nett.

There was no Sunday Stableford Medley participants.

A reminder for Club members to check that they have cleared their Pro Shop account – hopefully it is not too late. Also a reminder for Forbes Vets players to pay their 2021-22 fees to Lynnie Roberts.