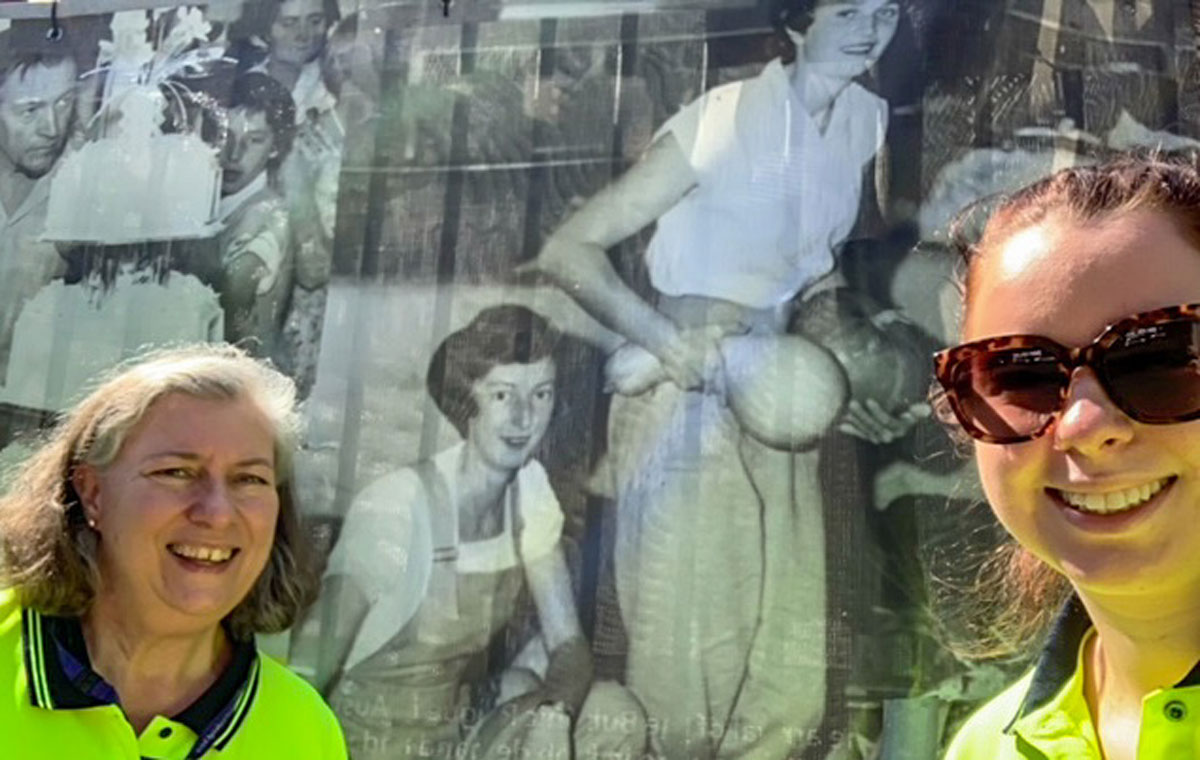 Janeen Coles and her daughter Libby with the photo of Janeen’s mother (crouching) that is part of the Western District Exhibit at the Royal Easter Show.

The Royal Easter Show has inspired a very special tradition for a local family and this year they reached the milestone of four generations’ involvement.

Janeen Coles from Forbes was joined by her daughter Libby last week to work on the Western District Exhibit at the show. The western district is one of five districts that make up the exhibit in the big dome and this year they’ve all combined in celebration of the 200th anniversary of the Royal Agricultural Society (RAS).

It all started with Janeen’s grandparents Charlie and Cis Frecklington from Peak Hill when they got involved in the 1940s, and then Janeen’s mother Elaine carried on with the tradition.

Janeen and Libby were also helping out with the judging of jams, pickles and preserves and this year the Western District won the perpetual trophy, the Dreves Memorial Shield.

“The people the trophy is named after worked with my grandparents on the exhibit, and lots of their family members are still involved,” said Janeen.

“I enjoy going back every year as we are like one big family and it is great catching up with everyone and working as a team.”

As Libby stepped in this year to keep the family tradition going, Janeen’s mother was also there to keep an eye on everything. “My mother’s photo is part of the RAS archive and this year they used it to print some bunting used at the exhibit.”