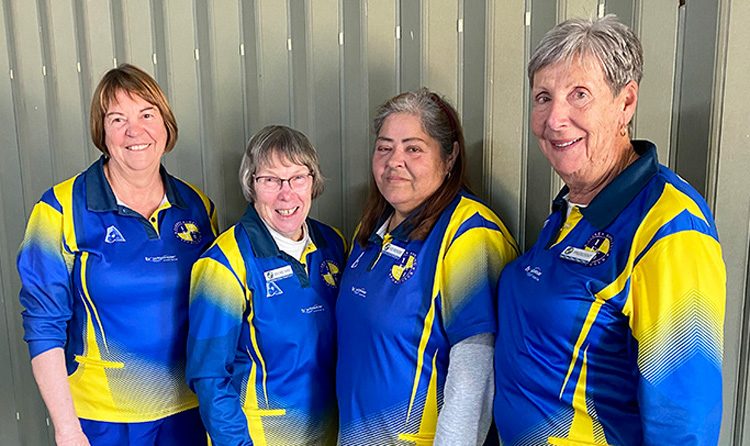 The evergreen Tony Riordan played Brian Hampton in a closely fought match in which the margin between the two was never more than 3 or 4 shots with ‘Sticks’ Hampton claiming victory 25 to 22.

A much-anticipated Minor Singles match between Michael and Joanne saw Joanne starting off strongly and was matching Michael shot for shot. Michael took command at 13 to 5 and won the match 25 to 14.

Saturday afternoon the Minor Pairs match between John Wright and Brian Townsend against Ian Simpson and Brian Hampton was a one-sided affair after Team Townsend opened up a 12 shots to 3 lead and ran out comfortable winners 25 to 11.

Sunday afternoon saw a keenly fought Minor Singles match between Gary McPhee and Marty Tighe. The match only went for 26 ends. Marty bowled very well early and was leading 18 to 13. Leading 20 to 19 on the 24th end, Marty was holding 2 shots. Gary bowled a screamer of a on-shot to pick up the Jack, put it in the ditch and followed through to score 2 shots on that end, and won 25 to 20.