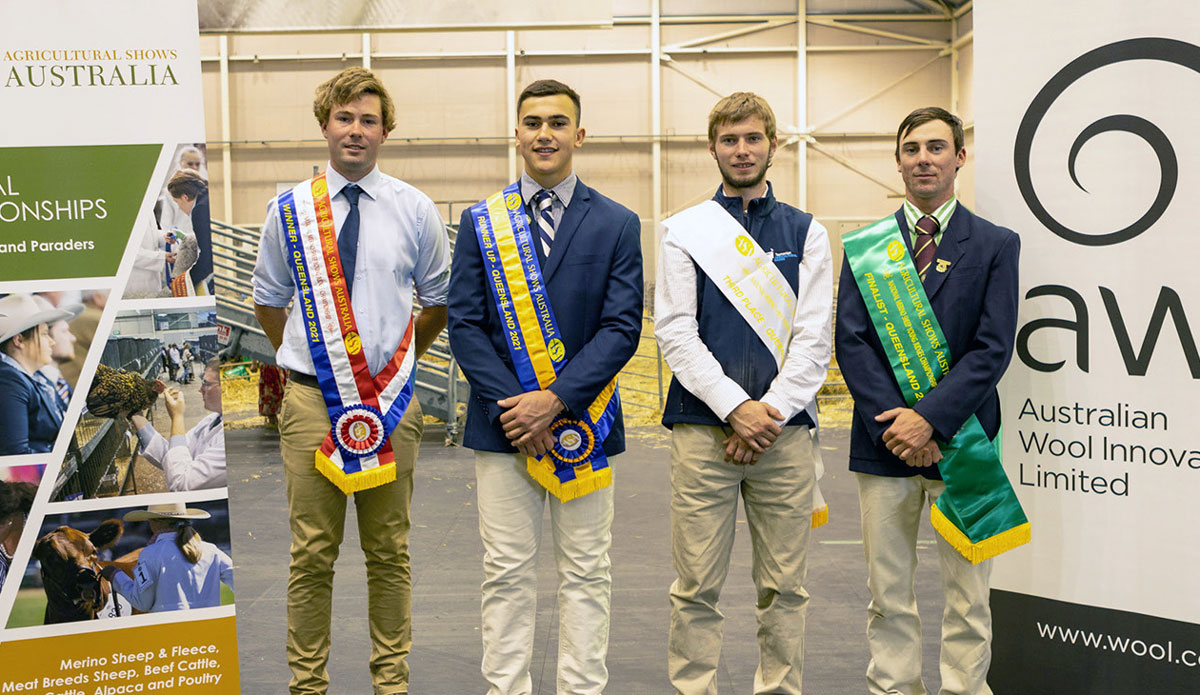 Campbell Rubie (18) from Forbes is the second best young judge in Australia after being named runner-up for 2021 in the prestigious Agricultural Shows Australia young judging championship. Campbell competed in the Merino Sheep judging category.

Ben Hartwich (22) from Bullygrogran (Ararat), Victoria and Patrick Davis (18) from Harden, New South Wales have taken out Australia’s top spot in the competition at the Sydney Royal Easter Show for 2021 and 2022 respectively.

Agricultural Shows Australia (ASA) staged the national championships of young judges and paraders competitions with finalists from each state of Australia and New Zealand.

Campbell have grown up on a family farm, which is a mixed farming enterprise, with the major focus on Merino and Poll Merino Stud. “I am actively involved in all farming activities, including sheep work, machinery work and many other activities.”

The Red Bend Catholic College student plans to work on the family farm after school, with a trade under his belt.

He competed for the first time in 2020 in the junior judging competition, when he qualified for the Royal Easter Show, and came first in the Merino sheep section in April 2021.

“My Dad (Glen Rubie) and my brother (Mitchell Rubie) have had a huge influence on my judging.”

Judging is objective, while there are characteristics about an animal to look for, what the judges will be paying close attention to is how clearly competitors express their decision and how they validate it. A competitor’s appearance is also important and judges can mark down for poor presentation.

The national championships are held in a different location each year. This year, the Sydney Royal Easter Show, celebrating its bicentenary, hosted the 2022 championships including the 2021 finalists who were unable to compete at Ekka due to COVID cancellations.

“It’s an extremely prestigious event and positions at the nationals are keenly contested,” he said.

“These young people are the future of agricultural show competitions which are crucial to the continual improvement of Australia’s food and fibre. The national competition is a coveted opportunity to grow personally and professionally by practising skills against the cream of the crop.”

The Merino sheep and fleece judging competitions are sponsored by Australian Wool Innovation.