Home » Forbes Students Get A Taste Of VANFEST 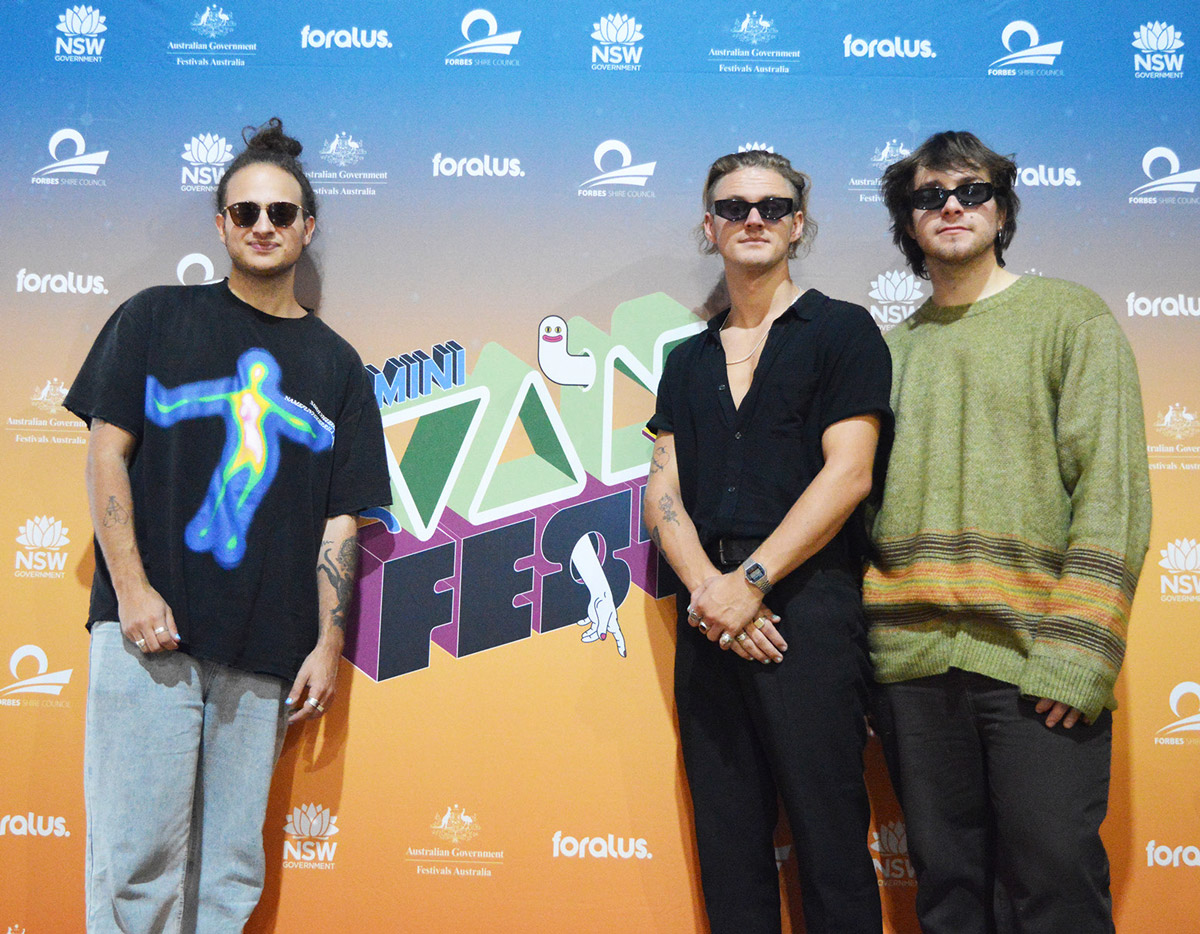 The indie band played to an excited audience, including students for Forbes North Public School, as a promotion for the upcoming Mini VANFEST next weekend.

The students did not mind having their school day interrupted. In fact, it was quite a memorable day to have an up-and-coming band perform in their school hall. Some students even got a photo opportunity with the band members afterwards with a lot of fist bumps happening.

“It was great to get the kids excited and let them know it’s all happening and going ahead on the 9th of April,” said singer Ellis Hoare.

Being in the VANFEST line up is equally exciting for Loretta members Ellis, Max Jacobs on guitar and Nico Scali on keys and guitar as it will be their very first festival performance. “We’ve done a little headline tour at the beginning of the year after COVID, but we’ve never done any regional stuff before,” said Max.

Loretta played three songs at the Forbes High School last week to give the students a taste of their music style which is described as indie pop. Their first release ‘Come Over’ from late 2018 achieved over 500,000 streams worldwide and made the Australia’s viral 50 chart.

After a string of well received releases in 2021 including ‘Late Night’, ‘All I Know’ and ‘When I saw U’, their latest single is ‘Running Time’. They are also working on the band’s debut EP for release later this year. “We will potentially feature songs from the

EP at VANFEST, but will definitely do hits and songs doing well on Spotify,” said Ellis.

“We look forward to playing our music to a new crowd. It looked like the kids had a great time today,” said Max. “It is great to write good music, and we love to rock it up in live shows.” The three of them have have played together in various incarnations since their high school days in Sydney.

For further information and music, go to www.lorettamusic.com.au

Mini VANFEST at South Cirle Park Forbes next Saturday is a teaser one-day version of the much-loved weekend festival planned for later in the year. Next Saturday’s event is open to all ages with free entry for kids under 10. There will be carnival rides, market stalls, family activities and a huge line up of Aussie artists including Julia Stone, Jarred James and Holy Holy. Get your tickets at https://tickets.oztix.com.au